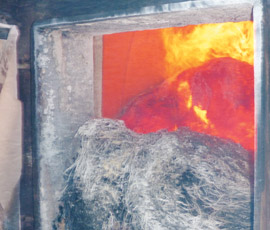 The Renewable Energy Association has accused environmental lobby groups of “promoting misinformation” and “peddling pseudo-science” in their attempts to discredit energy production from biomass.

Environmental groups Friends of the Earth, Greenpeace and the RSPB, together with a number of paper, timber and furniture organisations, have written to government, describing the practice as “reckless”.

In a letter to The Times, the consortium predicts that six times the UK’s annual forestry harvest will have been used generating electricity from biomass by 2017.

“This huge new demand for wood will put up prices, risking the survival of existing industries in wood, packaging, construction, furniture and paper. Furthermore, there is a growing body of evidence that burning wood for power can increase greenhouse gas emissions to the atmosphere.”

The authors suggest that government should cut subsidies for biomass as part of a new Energy Bill and instead focus on solar, wind and wave power.

But the claims have been rebuffed by the Renewable Energy Association, which says bioenergy is actually increasing forestry management and wood supply. Sustainability criteria, which require that biomass energy must deliver a 60% fall in emissions compared with fossil fuel to qualify for subsidy, guarantee a positive environmental impact.

In a tersely worded statement, Gaynor Hartnell, chief executive of the REA said: “I’ve fought battles alongside these NGOs for 18 years to promote renewable energy and combat climate change. I’m extremely disappointed to see organisations of this stature peddling pseudo-science. It’s time they told the truth and started to live in the real world.”

The REA has also made public a letter it wrote to Friends of the Earth, Greenpeace and the RSPB in March in which Ms Gaynor describes their campaigning as “not worthy of your stature”.

“There has never been a more important time to work together, to send clear messages to the public and to present a united front,” she adds. “The only groups to gain from our infighting are our opponents.”

Ms Gaynor accuses the green lobby of “appropriating a half-baked modelling tool without permission from a government workshop and releasing it publicly as a ‘game-changing’ piece of analysis.”