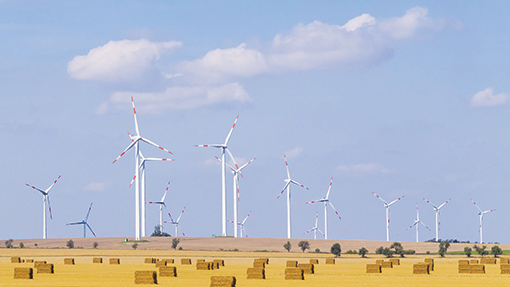 Speculation is mounting after a senior Conservative source allegedly leaked details of proposals by the prime minister to block onshore wind turbine expansion.

Media reports allege that David Cameron and George Osborne put proposals to Nick Clegg that would have allowed the government to cap the output of onshore wind farms. Mr Clegg is said to have vetoed the proposal.

The proposals could include a block on turbine projects without current planning consent, a cap on the number of wind farms, tighter planning rules and a reduction in subsidies.

However, farmers with wind turbine projects should be reassured and press on regardless of the speculation, advised Jonathan Scurlock, NFU chief renewable energy adviser.

Larger onshore wind farms were more likely to be targeted than projects owned by most farmers and political developments were probably posturing rather than anything concrete, he said.

Alasdair Cameron, renewable energy campaigner at Friends of the Earth, added; “Instead of trying to appease a minority of his party, Cameron should be formulating a national energy policy that balances security, cost and decarbonisation.”

The government’s commitment to renewable energy has previously come under scrutiny after it cut subsidies to onshore wind and AD.