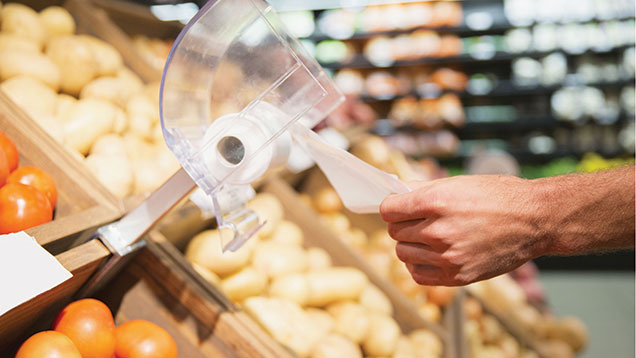 Payment terms of 120 days could become the new “norm” for retailers, with a knock-on effect for the rest of the supply chain.

Farmers Weekly understands from consultants that many retailers are increasingly trying to agree longer payment terms with their suppliers because it is seen as a competitive advantage, allowing the retailer access to working capital.

Increasingly lengthy payment terms are starting to be passed along the supply chain from some direct supermarket suppliers such as processors and food manufacturers, to their suppliers.

Some retailers offer schemes to suppliers who want to be paid earlier than agreed, whereby a lender pays all or a proportion of the money owed to the supplier, but at a fee. The retailer then pays the lender off at a later date.

Alternatively, a supermarket may pay a supplier earlier than agreed, but only at a discount.

Duncan Swift, head of the food advisory group at accountant Moore Stephens, said certain supermarkets had, when negotiating new terms, “gone so far as to promote early payment schemes to suppliers at the same time as they had extended payment terms”.

Brian Moore is global retail consultant and chief executive at Emr-NamNews, which offers marketing, training and publishing in the grocery retail sector.

He said: “It could be said that we are at a pivotal point in supplier-retailer relationships when any moves can be taken as precedent and become a new norm.

“As far as payment terms are concerned, the genie has been released from the 120-day credit-bottle and I believe that we are now headed towards an era of universal 120-day credit.”

“It could be said that we are at a pivotal point in supplier-retailer relationships when any moves can be taken as precedent and become a new norm.”
Brian Moore, Emr-Namnews

Some major suppliers were trying to offset the cost of longer payment terms by taking longer to pay their own suppliers, said Mr Moore.

Farmers were at a disadvantage because as mostly indirect suppliers they were not protected by the groceries code, he said.

Also, they tended to be small businesses and would need to collaborate to have leverage in negotiations.

Mr Swift said he had seen several payment terms between supermarkets and fresh produce suppliers of 120 days and one with a buyer request for 180 days.

This was providing supermarkets with a piggy bank of suppliers’ debt, he said.

The groceries code adjudicator, Christine Tacon, said some retailers had extended their payment terms with suppliers, but in a manner which was compliant with the groceries code, by giving due notice or when renegotiating contracts.

She said it was vital suppliers understood the groceries code so they could use it when negotiating with buyers and encouraged more providers to offer training.

There is no legal time limit by which retailers must pay their suppliers.

The government’s Department for Business, Innovation and Skills (BIS) has ruled out setting maximum payment terms following a consultation and has instead brought in a voluntary initiative, the Prompt Payment Code (PPC).

Signatories must pay their suppliers within 60 days maximum, but work towards 30 days as standard practice.

Asda, Marks & Spencer, Sainsbury’s, Tesco and Waitrose have signed the PPC. Morrisons is the only one of the big four supermarkets not to have signed up.

However, the PPC has come under criticism.

Mr Swift said: “From my perspective the prompt payment code is gesture politics. Only five of the top 10 supermarkets have signed up and a voluntary code is a waste of time. It cuts no ice in the supermarket buying room.”

Mr Moore said that the PPC missed the point. Payment terms should be based on the time between delivery and resale of a product, as originally intended, with fresh produce suppliers being paid more quickly, he said.