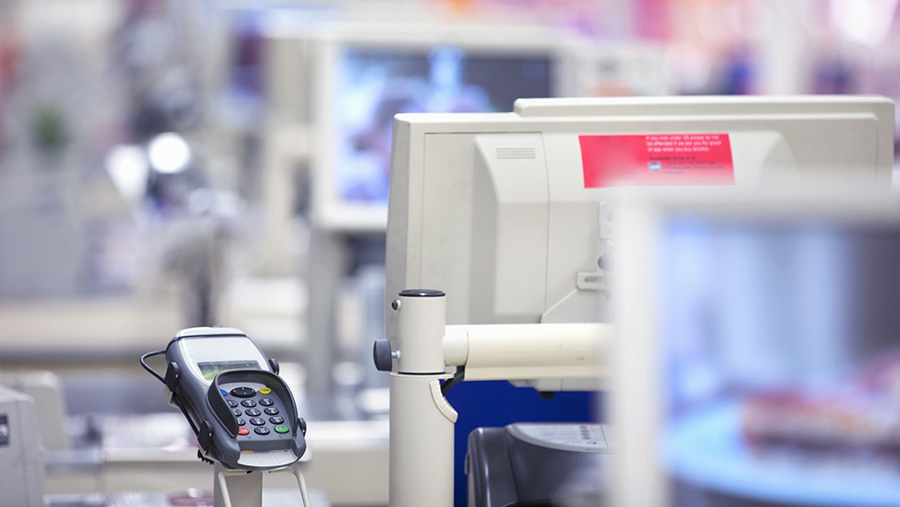 Supermarket sales are starting to pick up according to new figures, while farmgate prices continue to fall.

UK retailers experienced their strongest sales growth since October in the 12 weeks to 28 February compared with the same period last year, according to retail analyst Kantar Worldpanel.

Although this was only a sales value increase of 0.5%, the UK grocery market has been struggling to maintain and improve sales after 18 months of grocery price deflation.

The price of groceries fell for the 19th consecutive 12-week period – by 1.6%, driven in part by the impact of discounters Aldi and Lidl, which have enjoyed rapid growth and created intense competition in the market, said Kantar.

Meanwhile, most farmgate prices continue to follow their downward trajectory:

Latest national average farmgate milk price was 23.13p/litre for January, down 0.65p/litre on the December price and more cuts have followed.

The average pig price has lost about one-third of its value since late 2013, but has fallen rapidly since the end of last year, with AHDB Pork warning last week that pig producers would start to exit the industry if prices did not improve soon.

Most of the retail sales growth was driven by Aldi and Lidl, while the Tesco, Asda and Morrisons saw sales fall, although Tesco slowed its sales decrease.

Sainsbury’s was the only one of the Big Four to see a sales growth in the period.