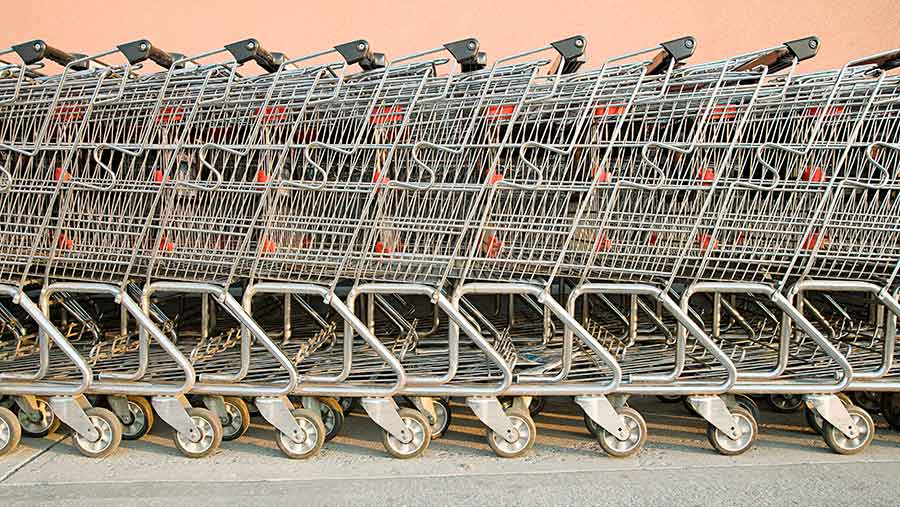 The scale of issues in the groceries supply chain far outweighs what the supermarket watchdog is equipped to deal with, say industry experts.

Although they agree the groceries code adjudicator (GCA) is doing the best possible job with what it has, a number of lawyers, accountants and farming leaders say it is only seeing the tip of the iceberg in unfair buying practices.

Since the GCA was created in June 2013, there have been about 400 food company failures, according to data from Companies House, which included direct and indirect suppliers to retailers.

But for every one business that fails, another two are usually rescued, said Duncan Swift, business rescue specialist for food companies at accountant Moore Stephens.

This meant the number of food companies in severe financial distress during that period could have been as high as 1,200, said Mr Swift.

Two-thirds (800 companies) of those were, in his experience, usually direct suppliers to retailers and half of those were usually in distress as a result of bad retailer buying practices. This compared with four arbitrations and one investigation the GCA had conducted so far, said Mr Swift.

However, Christine Tacon, the sitting GCA, said last week that she had all the tools needed to do the job given to her and progress was being made.

“There has definitely been some culture change [in retailers] – not enough, but some,” said Ms Tacon. “Please bring me the information and I can deal with it.”

Must have powers to look for evidence

However, the legislation that created the GCA was criticised last week by James Gray, chairman of the Tenant Farmers Association, for not allowing the adjudicator to actively seek evidence.

“The GCA must have powers to investigate without getting prior notice,” he said.

The adjudicator’s office said it did not record the number of people who contacted it to raise an issue, but Ms Tacon said she had noticed an increase in calls.

Legal resources and position as arbitrator

Concerns over the GCA’s legal resources and dual role as arbitrator were also raised last week by a lawyer who has advised fresh produce suppliers on the groceries code.

“Can an adjudicator be the best person to arbitrate a case if she is privy to facts in her capacity as adjudicator, where she has to work with those retailers on a regular basis and needs their compliance to effect change?” he asked Farmers Weekly.

“I would not want to question Mrs Tacon’s impartiality – my concern is the practical problem created by her role. I am concerned that the small team at the GCA does not have the time and resources to conduct a complex arbitration.”

A lack of resources made it harder for the GCA to get a dispute to a full hearing quickly, he added, which could cause huge financial distress for the supplier while it waited – for example, if it was delisted.

The Department for Business is currently reviewing the role of the GCA and whether its remit should be extended to cover indirect suppliers such as farmers.