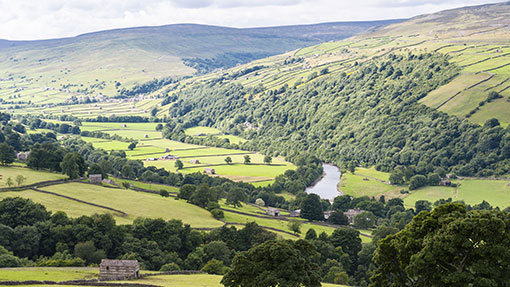 Return on traditional estates with let farmland rose 12.3% for the year to December 2013, while rents increased 5% on average every year for the last 10 years, reveals IPD’s latest UK rural property index.

While the total return was up from 9.4% in 2012, the income return had reduced to an all time low of 1.4%, as land values continued to increase faster than rents, said the report.

The rise in the value of land accounted for 10.7% of the increase in returns last year, while income return (mainly from rent) accounting for just 1.4%.

“It was another year of stellar performance for UK land, largely off the back of further growth in land prices,” said Mark Weedon, head of UK alternative real estate at IPD and the report’s author. “Rural land outperformed all core assets with a 12.7% return on average every year for the last 20 years, with the last negative return not seen since 1999.

“Over a 10-year period, all the UK regions have achieved a total return of 10% a year on average, and core tenanted faming activities have performed well and better than other land uses,” said Mr Weedon. UK land even outperformed government-backed bonds on a scale of risk and reward.

Total return varied widely between region and land use, although over a 10-year period the differences were not so great.

Intensive arable offered the largest returns by far at 20.8%, with mixed farms a close second at 17.6%. The lowest returns came from woodland and sporting land, at 5%.

Land values were forecast to continue to rise, said Richard Liddiard, partner at Carter Jonas, but a variety of factors could come into play and affect land prices. These included:

IPD’s rural property index used data from 4,208 holdings and estates with a combined value of £3.1bn, including from the Crown Estate, Church, Duchy of Cornwall, Winchester College two Oxford University colleges, and Brighton and Hove Council. By capital value, the biggest countributors were in the South West, South East, East Midlands and eastern regions.