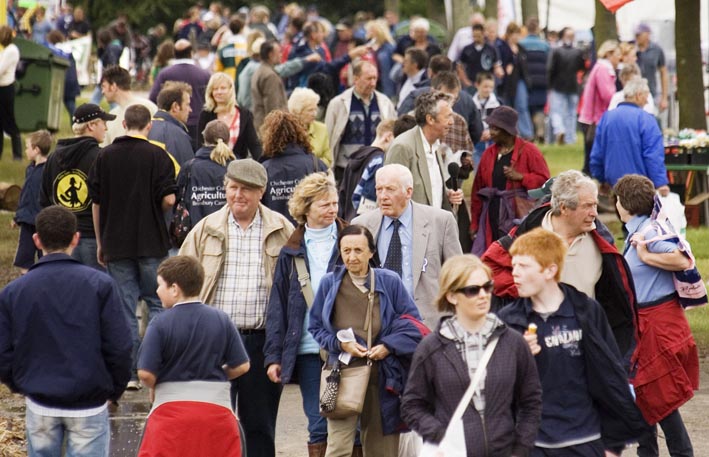 Royal Show 2008 will be a Thursday-Sunday event, from 3-6 July, prompting a sharp response from organisers of the Great Yorkshire Show the following week.

The stand-off between the RASE and the site’s previous owners ended last week as legal differences were resolved, following the RASE’s threat to sell the site.

“We now have a secure site and can look to the future of the Royal Show to deliver something more dynamic in agriculture,” explained show director Mark Spencer.

“We need to engage with farmers on a rather more intellectual level to assist their businesses.” Livestock, food, arable and equine issues will be more important.

The RASE’s Countryside and Food Fair will be absorbed, with a further food event planned later in the year. There would be no move away from core farming.

“We’re not going down the car boot route, we’re not going downmarket,” Mr Spencer insisted. “There’s a whole generation of people out there with a strong interest in the industry, who can’t get to the event mid-week. We want to drag those people back.”

The Regional Development Agency is heavily involved in the site’s development, with a new access road linking to the A46 trunk road likely and other developments to be announced soon.

“We are now very committed to developing a centre of excellence, with an equine zone, and a rural innovation centre and are very keen to have other bodies involved too,” said RASE chief executive John Moverley.

He stressed that the show remained the major voice in farming and food. In future is would have more of a focus on arable, with maybe more working demonstrations. Exhibitor support is being sought. “If people walk away, the show will go, and people will then say where did it go?”

The new dates have moved away from Norfolk Show and the Hickstead Horse Jumping event. He acknowledged there were issues with the Great Yorkshire Show, which runs on July 8-10, particularly for livestock exhibitors.

“We want to work together, and might be able to release some livestock on Saturday, so they can get to the Yorkshire Show in time. But for other areas, like equine, it actually works better.”

Organisers of the Great Yorkshire Show expressed “extreme disappointment”, branding the date change divisive and likely to have a major negative impact on farmers. It feared the changes would sacrifice agricultural content for the potential financial gain of greater public attendance with the extra weekend day.

Mr Moverley denied that and said the change responded to industry needs. “We want both shows to be very successful”.