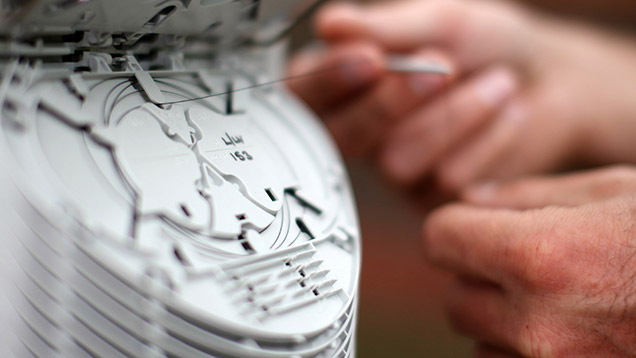 Countryside campaigners are calling on the government to deliver fast, adequate broadband to boost all farms and businesses in remote rural areas.

The Country, Land and Business Association (CLA), said it was unacceptable that many rural businesses still had either no or an inadequate internet broadband service.

Speaking at a press conference at this week’s Royal Welsh Show, CLA president Henry Robinson said it was a “travesty” that there was no universal service obligation for fast internet broadband across Wales.

“Frankly, it is a travesty that there are still businesses and homes that do not have in some cases any, but in many cases, inadequate broadband,” said Mr Robinson.

“Having good broadband is absolutely vital for workers, as everybody knows. It is vital for social inclusion, education and homework.”

A minimum broadband speed of 2Mbps was now too slow for modern requirements and was proving difficult for farmers and landowners submitting rural payment applications online.

Therefore, as a minimum requirement, the CLA is calling for a universal service obligation of 10Mbps, which Mr Robinson said would “probably deliver 5Mbps by the time everybody is out of school at the end of the day”.

“Having good broadband is absolutely vital for workers, as everybody knows. It is vital for social inclusion, education and homework.”
Henry Robinson, CLA

The government has committed to delivering superfast broadband speeds of 24Mbps or faster to 95% of the UK by December 2017. It is also looking at alternative ways to provide a service to the remaining 5% of hardest-to-reach areas, which include the installation of satellite broadband.

Mr Robinson said the CLA had championed the cause for rural broadband for more than a decade, “before most of its members had computers”.

Taking the example of estate agents and home buying, Mr Robinson said: “The second question they are asked, after ‘How many bedrooms does it have?’ is ‘Does it have broadband?’”

Allied to this, the CLA is calling for targets for better mobile phone coverage so not every conversation in a rural area ends with, “I’m losing you, I’m losing you”, because the service is really poor.

Other key CLA farming priorities for this year include:

The CLA represents more than 33,000 landowners, farmers and rural businesses in England and Wales, covering nearly half the land in both countries, close to 4m hectares.