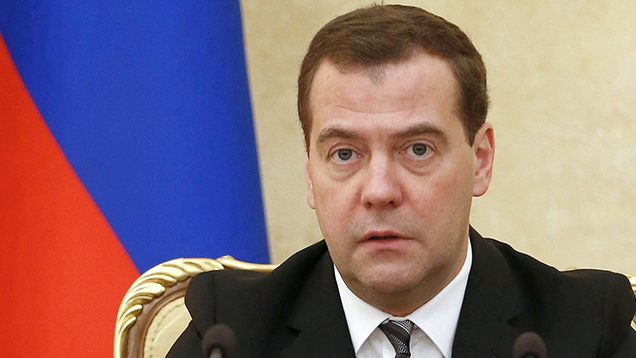 European farmers face a further year of pressured prices as Russia has confirmed its ban on western food imports will continue.

Russian prime minister Dmitry Medvedev signed a decree on Thursday to extend the blacklist until August 2016.

He said the list was no different to the current ban, which means European dairy, pig and fresh produce farmers remain cut off from an important market.

Russia’s extension follows the EU’s announcement earlier this week it would continue economic sanctions against the federation for an extra six months.

Britain exported very little farm produce to Russia, though the meat and dairy around Europe that needed new homes have weighed on the market.

Before the ban, Russia bought 27% of the EU’s cheese exports and 19% of its butter, as well more than £1.6bn of fruit and vegetables.

AHDB Dairy has said the extension would have a limited impact.

“Dairy markets have been operating without access to the Russian market for nearly a year now, so the extension of the ban should not have any immediate impact on wholesale prices,” the levy board’s report said.

European farm union Copa-Cogeca has written to the EU commission this week, calling for emergency support for fruit and vegetable growers.

Secretary general Pekka Pesonen said current measures were due to run out in a few days.

“Producers are very worried about the situation which is the result of a political dispute and which they are the victims of,” he said.