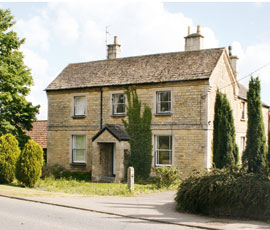 Large commercial arable farm sales in Rutland are a rarity. Church Farm sits on the edge of the village of Essendine near Stamford and has 219ha (543 acres) of land and a guide price of £4.18m.

The holding is the third commercial arable farm in the area recently brought to the market by Savills and is another being sold by Danish investors who bought it as recently as 2008. They are selling to focus on their Danish farming operations.

Church Farm’s six-bedroom stone farmhouse is part of a large range of traditional buildings with development potential as they lie within the village development boundary.

A second farmyard has a concrete-framed open general purpose building and two steel-framed grain stores that could hold about 800 tonnes.

Most of the land is arable apart from 26 acres of grazing meadows down to the West Glen River and a small acreage of woodland. A Farm Business Tenancy runs to 31 August 2013 on the arable land while the house, farm buildings and grazing are let until 7 October 2012.

Soils are Elmton 1 series – shallow, well drained brashy calcareous fine loam over limestone, suitable for cereals, sugar beet and potatoes. Church Farm is currently in wheat, oilseed rape and linseed, while the land is in the Entry Level Stewardship Scheme and there is also a Farm Woodland Premium Scheme.

“The farm is fairly uniform with brashy soil and good sized fields. With good internal tracks and centrally located buildings, the farm is easy to work,” said Adrian Wilson, of Savills’ Cambridge office.

The sale conditions include a clause preventing conversion of some of the buildings to residential units before mid March 2014. Part of the land is also subject to a reservation that would pass half of any uplift in value to the previous seller of the farm should planning permission be granted for development within 21 years of 14 March 2008. (Savills 01223 347 231)