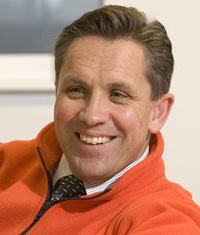 “There are many opportunities for us to drive change in health and nutrition, sustainability and other areas where we can make a difference for consumers in the challenging economic environment,” Mr King said.

Joanne Denney-Finch, IGD chief executive, said: “I am really pleased to have Justin King as president of IGD. Sainsbury’s is a long-standing member and Justin is a valued supporter.

“His energy and enthusiasm for tackling industry issues will continue to be a real asset to PIC.”