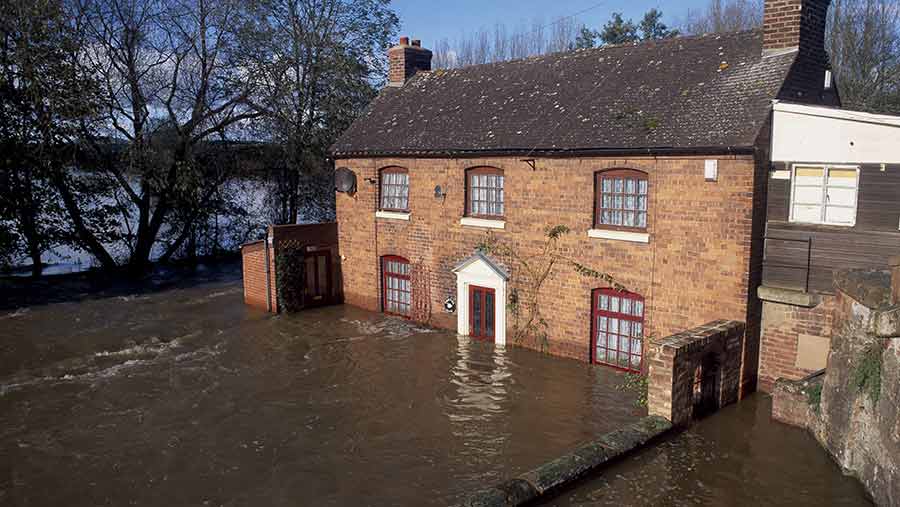 Farmers in high-risk flood areas may be able to insure their farmhouses, supported by a new initiative designed to give people access to more affordable policies.

The Flood Re scheme is a joint government and insurance industry scheme which seeks to make insurance available and affordable for qualifying properties.

Sean McClarron, director of insurance broker McClarrons in Malton, said the scheme would be funded through a levy paid by insurers, which would absorb the hypothetical costs associated with properties in a flood-risk area.

This means a homeowner should be able to get affordable home insurance quotes from a range of companies, as the insurers will be able to pass the flood-risk element of the policy back to Flood Re.

Customers will continue to buy their home insurance in the same way as before, and all the contact will be directly with their chosen insurer.

If a customer needs to make a claim, Flood Re will work with the insurance company behind the scenes, to reimburse them for any payments they make relating to flooding.

“While the cost of the scheme is still covered by the insurer, this is minimal compared with large settlements as a result of flooding, or not being in a position to support homes and businesses in the first place because the risk is just too high,” said Mr McClarron.

According to Flood Re, homes with a flood risk will probably have a higher premium than a property without being at risk of flooding. However it should stop situations where insurance prices and excesses become unaffordable.

The exclusion of commercial buildings from the scheme means that farm buildings will not be covered.

However, a spokesman from NFU Mutual said farmhouses in areas of high-flood risk could have the flood part of their policy transferred to Flood Re if they meet the basic eligibility criteria, which includes a domestic council tax band A to H (or equivalent) and the property being in the name of an individual rather than in the name of a company or partnership.

“As long as the property meets the eligibility criteria, the flood cover for a farmhouse could be transferred to Flood Re, even if the farmer uses part of the property as an office.

“Tenanted properties are not eligible for transfer to Flood Re unless the property is occupied by an immediate family member and it meets the basic eligibility criteria.”