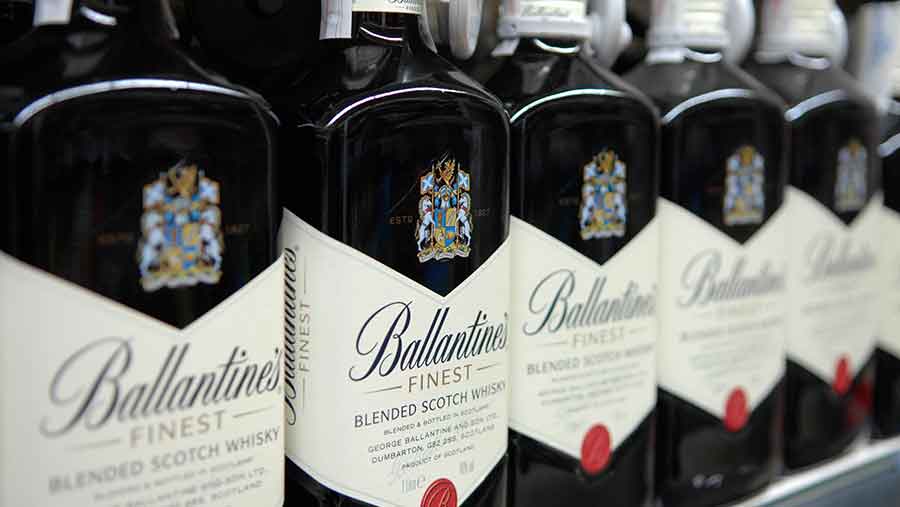 Scotland’s food and drink exports increased by over 11% in the first quarter of this year, compared with the same period in 2016.

The EU remains Scotland’s largest regional export market outside of the UK, with exports growing by £50m.

See also: Farmers not feeling the benefit of the booming Scots food exports

North America was the second largest export destination for food and drink, with the Asia and Oceania region third.

Politicians and representatives of the food industry have used the figures to highlight the importance of Scotland retaining access to the EU single market after Brexit.

“Scotch Whisky and Scottish Salmon were the top two UK export products by value in the first quarter of 2017, making up 22% of the value of total food and drink exports from the UK.

“The Prime Minister must include the Scottish government at the Brexit negotiating table, with the starting point for any new approach the continued membership of the single market and customs union.”

James Withers, Scotland Food & Drink chief executive, agreed pointing out that Europe was the destination for 70% of Scotland’s food exports.

“Ongoing, smooth access to that market will be critical for our sector’s future. However, we are strongly committed to extending our global footprint well beyond Europe, something that the Scotch Whisky industry had led the way on.

“So it’s very encouraging to see such strong growth in Asia and North America, with rises of 50% to 70% in the value of food sales in those markets so far this year.

“These results are the fruits of having a clear export plan and a unique partnership between the industry and government.

“We believe we can double the turnover of food and drink sector in Scotland to £30bn by 2030. International sales are becoming an increasing part of that story.”

Farm leaders recently warned that while the boom in exports was celebrated by politicians, there was a concern that primary producers were not feeling the benefits.