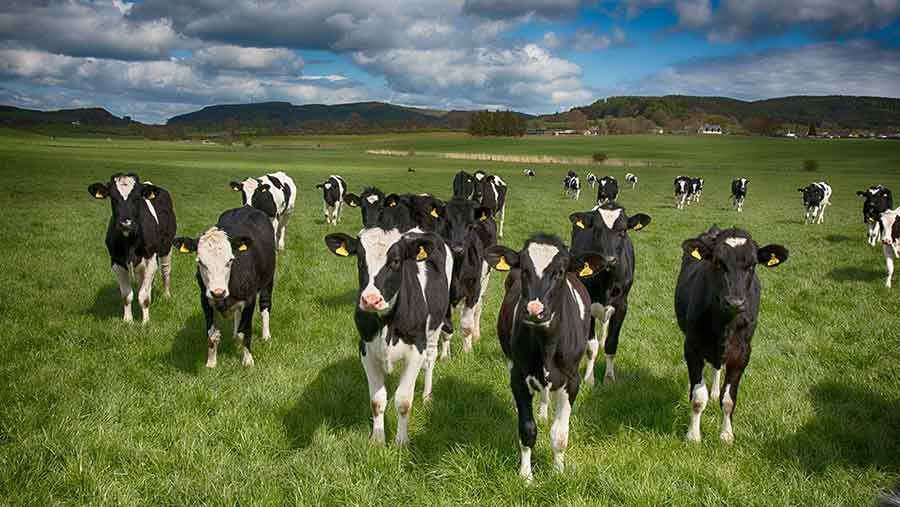 The number of dairy farms in Scotland declined once again in 2017, but average herd size rose by 8% to record levels.

The Scottish Dairy Cattle Association said dairy herd statistics for Scotland showed there had been an overall decrease of 39 herds over the year, taking the number of dairy farms down to 918.

However, there had also been an increase of 5,622 milking cows with the average herd size up 14 on the year to reach 195.

This means that overall the number of milking cows in the Scottish national herd is at its highest level for a decade.

The largest dairying county continues to be Ayrshire with 35,698 cows closely followed by Dumfriesshire, Wigtownshire and Kirkcudbrightshire.

Janette Mathie, secretary of the SDCA, said she expected the trend of fewer herds and more cows to continue.

“During 2018 we know of more herds intending to cease milk production this year, but we also know of entirely new herds starting up as there were during 2017.”

NFU Scotland vice-president Gary Mitchell said the decline in the number of dairy farmers in Scotland was disappointing and led to worries about a critical mass of producers being retained, particularly in more remote areas.

“In previous dairy downturns, many producers have been able to ride out the storm but the dairy crisis of 2015-16 has been particularly damaging and left many dairy farmers with little appetite for continuing to milk cows.

“Constantly dealing with volatility, difficulties in sourcing labour and the lack of a successor coming on who is prepared to milk cows will all have been factors in the decline in dairy farms.”

Mr Mitchell said the rise in dairy cow numbers could mask further changes which lie ahead.

“Before the steep price falls in 2015 and 2016, dairy semen usage was high and these will be the cows entering herds now.

“Since that downturn, anecdotal evidence suggests a significant uptake in beef semen in dairy herds and that is likely to be reflected in a sharp reduction in dairy youngstock numbers in the forthcoming census.”