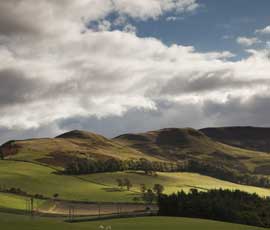 The absolute right to buy in Scotland will be restricted to secure 1991 Act agricultural tenancies, rural affairs minister Richard Lochhead has confirmed.

Speaking after giving evidence to the Scottish Parliament’s rural affairs, climate change and environment committee on Wednesday (18 September), Mr Lochhead said he wanted to confirm his thinking around the Scottish government’s review of tenant farming legislation.

“I have already made clear that it would be inconceivable for this review not to include consideration of absolute right to buy,” he said.

“Today I was pleased to clarify, for the avoidance of any doubt, that consideration of absolute right to buy will be restricted to secure 1991 Act agricultural tenancies, which can be passed down through families for generations.”

Mr Lochhead also confirmed the review of Agricultural Holdings legislation will be ministerial-led rather than by an external appointment.

“I will soon be making an announcement on the remit of the review, the appointment of review group members and the timetable involved.”

Given the current land reform debate in rural Scotland, it was also important to consider what was in the best interests of rural communities and the role individual land ownership played in this. Landlords’ views must also be heard.

“It is also important that we give all tenant farmers and stakeholders the opportunity to enter into full and frank dialogue about absolute right to buy.”

Scots tenants’ right to buy back on the cards