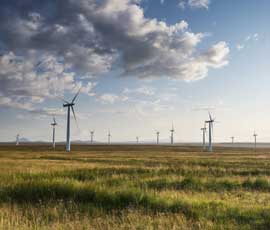 Wind turbines could be banned on up to one-fifth of Scottish land under new planning proposals by the Scottish government aimed at protecting the country’s landscape.

Despite the government’s pledge to produce 100% electricity demand from renewables by 2020, the latest draft planning policies would put restrictions on where wind turbines can be sited.

Plans include banning wind farms in the 19% of Scotland covered by national parks and national scenic areas, while projects will be limited on the 31% of the country classed as “areas of significant protection”. These include world heritage sites, sites of special scientific interest and national nature reserves.

Other proposals include restrictions to prevent further turbines in areas where there are already wind turbines in place, and plans to ensure a distance of up to 2.5km between wind farms and cities, towns and villages.

A consultation on the proposals has been launched and responses are invited by 23 July.

What role should farms play in powering the nation? Take our survey and be in with the chance of winning £1,000