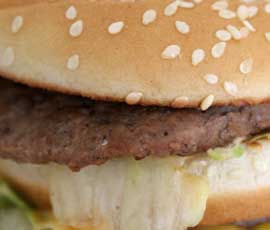 New statutory powers could be put in place in Scotland to deal with food standards incidents in the wake of the horsemeat scandal.

A report, published by a Scottish government group tasked with looking at what lessons could be learned from the horsemeat fraud issue, outlines proposals to improve the food safety and standards regime in Scotland.

These include the introduction of improved risk assessment procedures for identifying new areas of risk, testing and surveillance, and the need to ensure appropriate statutory powers and sanctions are in place to deal with food standards incidents.

The group was led by former chief vet Professor Jim Scudamore, who said the government and the Food Standards Agency in Scotland’s response to the horsemeat scandal had been well co-ordinated. The group’s proposals hoped to build on this and improve food standards policy in Scotland, he said.

“The ability to identify potentially fraudulent behaviour and prevent it occurring is an important objective,” he said. “Methods for the detection of fraud are equally important and if an issue such as horsemeat contamination is detected it is essential that contingency plans are in place to provide a rapid response to protect consumers.”

Scots minister for public health Michael Matheson said: “From developing a better understanding of the supply chain to improving surveillance and consumer engagement, we must now work to make sure we can deliver the best possible food standards and safety regime for Scotland.”