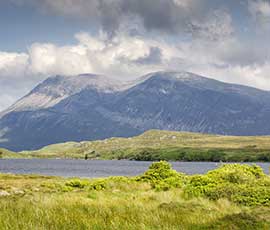 Scottish communities are being given more power to purchase land as part of a government drive to get one million acres in community ownership by 2020.

Speaking at the Community Land conference on the Isle of Skye last week, first minister Alex Salmond also allocated an additional £3m to the Scottish Land Fund for 2015-16.

The Scottish Land Fund was launched in November 2012 with £6m made available for three years to support rural communities to buy land and other assets.

“Land reform can bring real transformational change to communities across Scotland,” said Mr Salmond. “It has always been one of the principles of Scotland that land belongs to the people.”

By simplifying the community buy-outs system and providing additional support to the land fund, the government would help drive forward enthusiasm shown by communities who were keen to take responsibility for local land and assets, he added.

Work was under way to transform land policy, through the Land Reform Review Group, and the government would be consulting later in the year on a draft Community Empowerment and Renewal Bill, he said. This would aim to simplify and improve the community right-to-buy scheme.

Scottish tenancy review gets go ahead