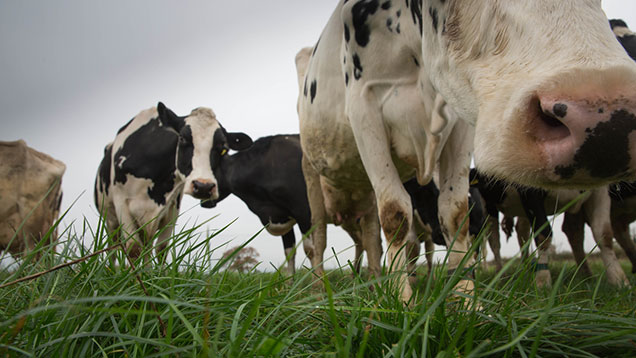 A Scottish milk processor has unveiled an innovative milk contract to help protect its farmers from post-quota volatility.

Graham’s Family Dairy will pay farmers a standard litre rate for a pre-agreed volume of milk and any extra will be priced by Actual Milk Price Equivalent (AMPE), a market indicator that reflects current butter and skim milk powder values.

Graham’s explained its plans to most of its 92 suppliers at a farmer meeting on Wednesday night and hopes to launch the contract in February.

The firm hopes the scheme will help it manage sharp changes in milk production and give farmers some protection from big moves in world dairy markets.

Production in the business’ milk pool is running 9% up on the year and the UK is up 5% as a whole, keeping the pressure on already low farmgate prices.

Milk output across the EU was 4.6% higher in September compared with 2013 as countries anticipate the lifting of quotas in the April.

Graham’s managing director Robert Graham said it was impossible to fully protect against global markets but the contract would also provide a better understanding of their effect on UK prices.

He said farmers and the business could look at planning ahead and possibly hedging against movements in AMPE, once a futures market was finally established.

“What we are looking at, with quotas going next year, is how we work with our farmers to match what our customers need and what the business needs with what they produce,” he said.

“We can do that, giving [farmers] more security. We’re a family business and we want to be in this for the long term.”

The Graham’s contract won praise from Farmers For Action (FFA) chairman David Handley at Westminster this week, as he gave evidence to MPs about milk prices.

FFA proposed a milk pricing formula in September to encourage farmers to control their production voluntarily.

In the suggested contract, farmers would receive a standard price for a fixed milk volume and an open market price for any production 5% above that.

Mr Handley said he was pleased Graham’s had introduced a scheme similar to FFA’s proposal and eight other processors were seriously considering such a formula.

“It can be beneficial to all parties. It lets the processing industry know their milk field and the quantity of milk they have got and it gives the supplier the opportunity to plan his business.”

Mr Handley added the formula was getting a mixed reception in the industry because of its association with the FFA.

This week Graham’s reported a 25% rise in sales in the year to 31 March.