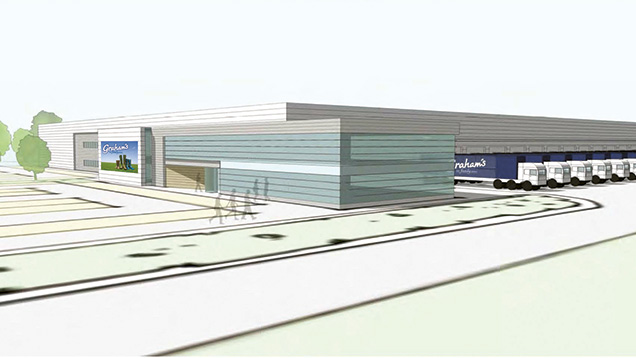 The Hill of Drip site will create 350m litres of capacity for liquid milk, cream, cheese and spreads.

The firm will submit a full planning application in June and, once the new site is finished, the existing Airthrie Kerse dairy will focus on butter and ice cream.

“The time for this investment is now, to protect the industry against market volatility,” he said.

“It is a hugely exciting time to run a business in Scotland. There is so much potential in the dairy industry.”

Graham’s, which turned over £85m in 2014, has said it will not borrow to finance the new venture.

He said his company would have to consider investing in other parts of Scotland if the housing plans did not go through.

Details on the new dairy were welcomed by Scotland’s rural affairs secretary Richard Lochhead, who last week launched a dairy action plan to revitalise the industry.

“This is a real vote of confidence in the future of the Scottish dairy sector and I’ve no doubt this exciting project will help Graham’s The Family Dairy cement its reputation as one of our leading dairy companies and brands.”