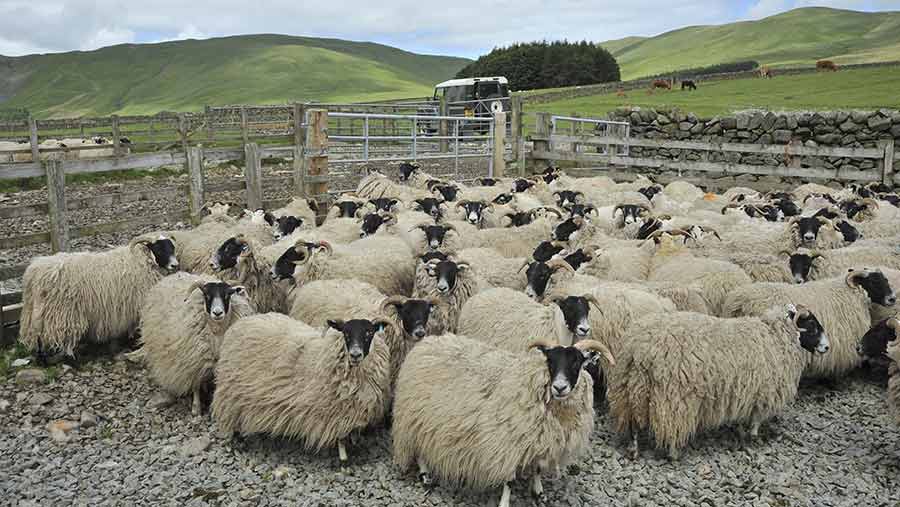 The Scottish government has bowed to pressure and agreed to roll out £65m in hill payments under the Less Favoured Areas Support Scheme (LFASS) by the end of March.

Rural affairs secretary Richard Lochhead has announced that the government will use national funds to ensure almost 11,500 businesses will get their payments within the month.

It follows intense lobbying by farm leaders who have claimed that farmers are facing a deepening cash crisis because of a flawed IT system, which is also causing damaging delays under the Basic Payment Scheme (BPS).

To date, only 55% of claimants have received their 80% part-payment under the BPS, which NFU Scotland estimates has left a £300m gaping hole in Scotland’s rural economy.

After talks with farm leaders on Thursday afternoon (3 March), Mr Lochhead said the government would use national funds to ensure the vast majority of LFASS claimants received payments in March as usual.

“Given the importance of LFASS to Scottish agriculture, the Scottish government’s view – which was supported by industry – is that this should be a priority,” he said.

Eight thousand farmers will receive a payment worth 90% of their 2014 claim, while another 1,400 crofters and small farmers who are eligible for the minimum LFASS payment of £385 will receive their money in full.

Payments to the rest – about 2,800 claimants – will depend on various factors including changes to their land since 2014.

“We asked Scottish government to crank up the old system, make part payments to previous LFASS recipients, get money into the rural economy and pay a balance once it has sorted out the unholy computer mess that it has created.

“This move shows what can be done and must be a stepping stone to the Scottish government taking further significant action to deliver a part payment of the BPS to all farmers in order to address the huge financial problems that the £178m flawed IT delivery system has created.”

Mr Bowie said only 25% of the pot available under the BPS and greening was currently in circulation and other vital schemes have been delayed because of IT problems.

It was the union’s understanding that the computer system needed to make payments under the Scottish Suckler Beef Support Scheme and the Scottish Upland Sheep Support Scheme, worth £38m and £6m respectively, was yet to be even built, he said.

“That is unbelievable incompetence on the part of those charged with delivering these schemes and Scottish government must immediately direct resources to address this.”

NFU Scotland has organised an industry rally at Holyrood on 10 March to highlight the cash crisis currently facing farmers because of payment delays.