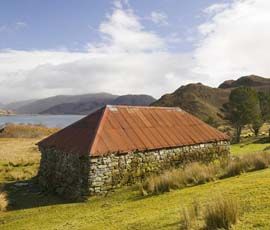 However, about one-quarter of the Scottish farm businesses surveyed did not earn enough to cover the value of unpaid labour at the minimum agricultural wage rate.

FBI represents the return on the unpaid labour of farmers, their spouses, non-principal partners and family and on the capital invested in the business, including land and buildings. It includes income from diversified enterprises.

Further figures published in the Scottish government’s Economic Report on Scottish Agriculture show liabilities rose by 24% between 2003 and 2012 to £2.4bn, representing 6% of total asset value.

The proportion of Scottish farmland in tenancy arrangements has been falling steadily for 30 years. In 2012, a total of 1.39m hectares was rented under tenancies of at least one year (including crofts), representing about 24% of agricultural land.