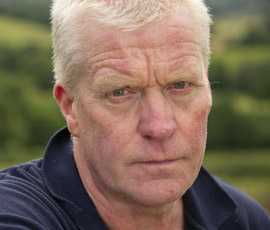 Farmers for Action (FFA) is warning major milk processors to expect more protests after they failed to support calls for further increases in the milk price.

FFA chairman David Handley said following discussions with milk processor representatives, either directly or through their farmer representation, the group had been told there will be no milk price increases in September.

Mr Handley added that it was “more disturbing” that two of the major milk processors were indicating no milk price increase for October.

“We have been looking at the market very closely over the past three months and we have said there is clearly 2p/litre more at this time that should have been paid by milk processors,” said Mr Handley.

“Our first aim (of any protests) is to get the 2p back, which should increase the milk price to 34-35p/litre.

“If the market goes the other way and takes a downturn then we have got to accept that there may not be a price increase. But at the moment everything is suggesting to us that 2p/litre should have been paid.”

Mr Handley said dairy farmers were preparing to target some of the main processors in the first week of September. However, he would not reveal the names of companies dairy farmers will be targeting.

“The time has come we have to make our voice heard and the only thing this industry seems to understand is when we peacefully protest at their gates.”
David Handley, chairman Farmers for Action

The threat of renewed protests comes after the FFA set warned dairy processors this month that they must increase their milk prices by Sunday (1 September) – or face further action.

Mr Handley said it was “very clear” that the UK dairy market was being manipulated as both UK and global milk markets were showing results at “one of their all time highs” for the past three months – yet no money has been passed back to UK dairy farmers.

He added: “The big question that all dairy farmers should be asking their milk buyer is, ‘why are we any different?’.

“Therefore to all FFA members, over the coming weeks we will require your support. The time has come we have to make our voice heard and the only thing this industry seems to understand is when we peacefully protest at their gates.”

Mr Handley called on dairy farmers to rally behind the FFA and said they could “no longer sit back and watch the price slide”.

Mansel Raymond, a dairy farmer and NFU dairy board chairman for England and Wales, said: “The NFU is calling for milk price increases at the moment, but I want negotiations to work.

ANALYSIS: The case for a higher milk price