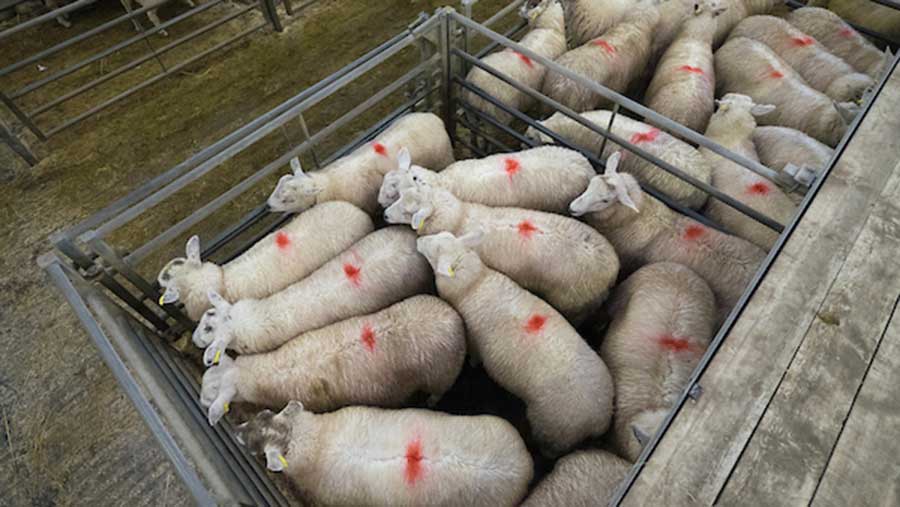 The UK has moved significantly closer to introducing new rules on the splitting of sheep carcasses, which should save time and money and help to maximise carcass values.

Farm leaders have been lobbying for new rules on carcass splitting for sheep entering the food chain for more than a decade.

Under current Transmissible Spongiform Encephalopathies (TSE) Regulations, the spinal cord must be removed from a sheep carcass if it is over 12 months old, with age determined by whether the animal’s permanent incisors have erupted.

The rules were originally introduced as a BSE control measure.

But farmers have pointed out this is a costly and inaccurate way of assessing the age of a sheep, given the first incisor teeth can erupt at any point between nine months of age and 15 months, depending on breed and diet.

This means that some sheep have to be split unnecessarily, which devalues a carcass by as much as 40%.

The act of checking the teeth – a process known as “mouthing” – also adds cost by creating additional work at auction marts and slowing down slaughter lines.

But a vote taken at the Standing Committee on Plants, Animals, Food and Feed (ScoPAFF) on 1 February gives member states the right to allow farmers, market operators and abattoirs to use a defined cut-off date, rather than the presence of teeth, as an appropriate way to age sheep.

NFU national livestock board chairman Charles Sercombe said the union was thrilled by the result of the vote and the fact that the UK government had voted in favour of it.

The proposal was voted through with a qualified majority, with only two votes against it (France and Italy).

“Livestock farmers know well that checking teeth has never been the most efficient or accurate way of determining the animal’s age,” said Mr Sercombe.

“This flexibility is long overdue, so I’m extremely pleased that we finally have a common-sense approach.”

Phil Stocker, chief executive of the National Sheep Association, said it had been a long-standing issue for the sheep sector, which is why industry bodies had worked closely together to find a solution.

“Switching to a calendar date is the preferred option and we welcome the opportunity this subtle change in the regulations provides for the sheep sector to move forward,” he said.

NFU Scotland president Andrew McCornick added: “If we can move away from having to check for permanent incisor eruption then this has the potential to save the sheep sector time and money, potentially enhancing the profitability of the sector.”

Farm leaders are hoping they can get Defra, the Food Standards Agency and other stakeholders in the supply chain to agree to implement the changes as quickly as possible.

The main farming bodies have agreed that 31 May in the year following lambing would be a suitable cut-off date.

This means any animals presented before that date, which were born in the previous season, would be assumed to be under 12 months of age and therefore not need to be split.