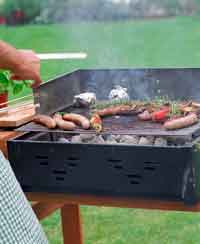 Shoppers are less likely to buy higher welfare meat for a summer barbecue, according to a new survey published this week.

Commissioned by the RSPCA, the survey found that about one in four shoppers (28%) actively seek higher welfare meat during a normal shop, but this desire to buy welfare-friendly produce drops to just one in six (17%) when shopping for the barbecue.

With the economic situation still uncertain, it is unsurprising perhaps that the survey found price was seen as a big factor when buying higher welfare, said Mel Andrews, campaign manager for the RSPCA. When respondents were asked what would convince them to buy higher welfare meat, 72% said it was dependent on price, or if it was on special offer.

The RSPCA has posted many barbecue-related hints and tips on its campaign website. There is also a shopping guide with information on what labels to look out for when choosing higher welfare, as well as price comparisons, ideas on how to use leftovers and a portion calendar to help cut down on food waste.

“Price can sometimes be seen as a barrier when buying higher welfare meat, and this is where the RSPCA’s online shopping guide can come in handy,” she added.

“You can still save money when buying higher welfare meat by preparing the food yourself, getting the portions right and using up leftovers for another meal the next day.”