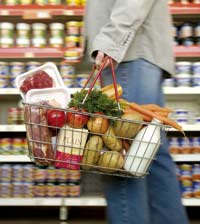 British shoppers are still enthusiastic about buying dairy produce, despite the effects of the recession on their spending power.

Market research conducted by The Grocer magazine, and presented at today’s (Tuesday) Dairy UK annual conference at Stoneleigh, revealed that over half of shoppers had not changed their dairy buying habits.

Just 12% of the 1100-plus consumers surveyed said they were buying fewer dairy products, though a third said that they were seeking out cheaper or own-label products as a result of the recession.

Price, taste and quality were the three key criteria when it came to choosing dairy products, but “produced in the UK” was relatively unimportant, with just 24% giving it a mention. The exception was the south-west England, where 32% said they kept an eye out for British produce.

There was, however, generally good awareness of the Red Tractor logo – especially in the east of England – with 45% recognising it as a farm assurance standard and 27% believing it to mean 100% British.

But, while a fifth of consumers said they actively looked for the logo on dairy produce, over 40% said they had never actually noticed it. “People are a bit confused about what the Red Tractor stands for,” said editor of The Grocer, Adam Leyland.

The survey also looked at consumer awareness of the plight of dairy farmers. Asked whether they realised that two dairy farmers a day were leaving the industry, just 11% said they were well aware of this, compared with 50% who were totally unaware.

But the general public was generally supportive of dairy farmers, with 56% saying they should receive public support, and the same percentage saying Britain needed to be more self-sufficient in food production.

Mr Leyland pointed out that, while farmgate prices had dropped over the past year, retail dairy prices had been unchanged. “This has not been picked up enough,” he said.

* Farmers Weekly editor Jane King also presented the findings of its own research into farmer attitudes to their businesses.

“Overall, levels of optimism were fairly high, though not surprisingly dairy farmers were less positive than beef and sheep farmers,” she said. This was explained by issues such as falling milk prices, the collapse of Dairy Farmers of Britain, bovine TB, excess regulation and market volatility.