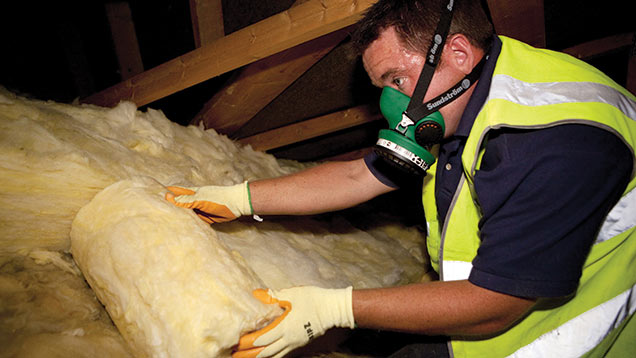 Traditional farmhouses are often fairly inefficient when it comes to energy use, but a few simple measures offer considerable savings. Paul Spackman reports.

Anyone who has lived in an old farmhouse knows only too well how they can be big consumers of energy. Traditional construction methods, solid floors, ill-fitting doors and windows, open fireplaces or single gazing means large amounts of energy, especially heat, can be wasted.

“Energy efficiency is primarily about keeping heat in the building and reducing your need as much as possible before investing in the latest bit of technology,” says Kieran Crowe of Strutt & Parker. “Farmhouses tend to be homes for life, so improving their energy efficiency has long-term benefits.”

One of the cheapest and most effective ways of saving energy and money is draught-proofing doors and windows. The Farm Energy Centre (FEC) estimates this can cut heat loss by 20%.

Draughtproofing means anything from sealing gaps or blocking-up chimneys when not in use, to replacing old windows or doors with new energy-efficient ones or installing secondary double-glazing.

Replacing windows or doors may be effective, but is often not practical in old buildings with unconventional openings or those that are listed, says Mr Crowe.

“Heavy curtains or shutters can be almost as effective as double glazing, providing you make sure you use them.”

Some caution is needed when draughtproofing traditional houses (ie. those built before 1919), as they are often designed to be draughty and need airflow to prevent problems with moisture build-up, says Aberdeenshire-based Rod McGovern from Farm Energy Consulting (FEC).

“You have to be able to control the ventilation and you can only do that if you know where air is coming in. Sealing draughts or adding insulation changes the nature of the building, so do it carefully to avoid causing bigger problems.”

Loft insulation is another easy way of preserving heat. FEC estimates increasing insulation from 100mm to the recommended 270mm can save £150-£300 a year depending on fuel type and property size.

Cavity walls can be insulated with foam, beads or fibre, while insulated dry lining is an option for solid walls, Mr McGovern says.

Moving radiators away from their traditional siting under windows can reduce heat losses significantly. So too can avoiding drawing curtains over the top of radiators, which can lose up to 70% of effective heat from the radiator, Mr Crowe says.

Moving the thermostat to the main living area or investing in a wireless thermostat that can be put anywhere is also a cheap and effective measure, he adds. “Thermostats are typically in the entrance hall which is often the coldest part of the house and means the boiler is running longer.”

Open fires are a big potential source of heat loss. When lit, fires draw heat out of the room and heat is also lost up the chimney when not in use and left open.

“A lot of people have moved to log burners, which are a more efficient way of heating the space,” says Mr Crowe. “Consider one with a back boiler that uses waste chimney heat in the central heating system.”

Replacing an oil-fired Aga with an electric one can also save energy, as they are more responsive and tend not to overheat the space as much, he adds.

Giving more thought to daily energy use is key to improving efficiency. Simple measures offer small gains but are a step in the right direction. Switch off appliances or lights when not in use or replace traditional incandescent light bulbs with energy-saving ones.

A simple electric meter that clamps on to the incoming supply and allows remote monitoring of consumption can be very effective in prompting behavioural change, says Mr Crowe.

“For around £30-£50 you can quickly learn how electric is being used or wasted.”