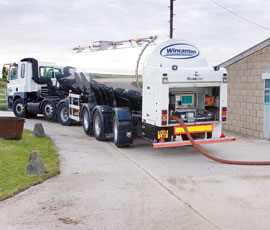 All major milk buyers require producers to sign a contract setting out what is required of them.

These have become very important documents, with some farmers seeing theirs as encouraging more profitable production and others feeling they restrict them.

Milk contracts have come under a lot of scrutiny from the NFU and last year it asked producers to complete a contract “health check”. It found the most important clauses were a clear schedule for milk price specifications and arrangements; a milk price formula or calculation; clarity on milk sampling requirements; consent on variation to the contract and equal contract termination rights for producers and buyers.

Much attention is placed on the length of contracts – in most cases 12 months – but for Ms Campbell-Gibbons the issue is the price uncertainty they bring with them.

“A producer has to sign up without knowing what prices there may be over a 12-month period and with little clarity on how a price is set.”

Another criticism is the exclusivity of contracts which bind a producer into selling all their milk to just one buyer.

But significant changes to milk contracts could soon be on the way, as the European Commission has proposed contracts will have to include a milk price calculation, specify the amount of milk to be supplied, the duration of the contract and specific termination clauses. The idea is to strengthen the position of farmers. The NFU has described the commission’s proposals as very promising and is now calling on the UK government to give them its full backing.

But before any changes take place, how can producers maximise the value of their current contracts and be confident they are supplying the right milk buyer?

Farmers probably have three questions when it comes to milk contracts, according to David Swales, head of information services at DairyCo.

“The first question perhaps all farmers should be asking themselves is: Am I maximising the value of my existing contract?” he says.

Regarding the first question, Mr Swales urges producers to be fully aware of all bonuses, or penalties, involved in the contract and then calculate the cost of achieving those bonuses.

“Although price is an important part of the equation, it is not the only one. Producers need to think about improving margins. For instance, a buyer might pay more for a level production profile across the year, but the investment in breeding and extra feed might mean it is not the most economic option.”

Mr Swales urges producers to use DairyCo’s Interactive Milk Price Calculator. It allows the user to calculate which milk price they would get from all of the UK’s main processors according to the quality of milk and production profile. For example, the price range for a producer on a level profile delivering milk with a fat level of 4.04%, protein at 3.29%, Somatic Cell Count of 195,000/ml and bactoscan of 30,000/ml ranged from 23.01-28.04p/litre during 2010.

“Obviously not all options will be open to all producers, but the calculator does give a guide to comparing prices for different milk, from your present buyer as well as other buyers.”

When a producer makes the decision to move then they need to be aware of the conditions of both their new and old contract.

DairyCo has recently published a document called the Company Strategy and Performance Report. It includes a section on contracts, highlighting the terms and conditions of each of the major buyers, including termination periods.

Both DairyCo’s Milk Price Calculator and its Company Strategy and Performance Report are available on the Datum section of its website.