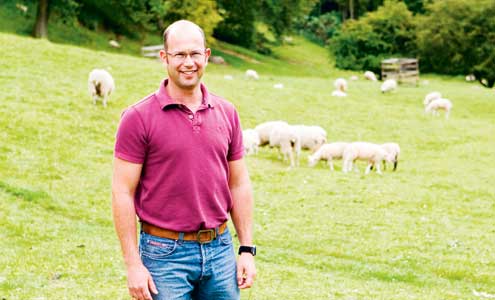 Sustainable water management is rising up the agenda at our Management Matters farm in Worcestershire, as Paul Spackman reports

The impact of agriculture on water resources is increasingly coming under the spotlight from government, regulators and policymakers alike.

As on most farms, the biggest issue at Overbury is increasingly variable weather, as starkly demonstrated last year. After drought concerns in the first three months of 2012, the farm had one of its wettest summers ever, recording total rainfall of 1,004mm, way above the 650mm average.

“In the 10 years I’ve worked here, there’s no doubt we have seen weather patterns become more variable with more wet summers and drier winters. But there’s nothing we can do about that, so the important thing is to devise a system of farming that can cope with these extremes in an environmentally and financially sustainable way,” says Jake.

Start with the soil

The key to this is soil management, he says. A variety of methods is employed at Overbury to improve structure and organic matter across the range of soil types. Direct drilling is used extensively on the arable ground, providing structural benefits, keeping trash on the surface, reducing run-off risk and improving water infiltration. Controlled traffic farming is also being considered to reduce compaction risk and improve efficiency.

Cover crops such as mustard or stubble turnips are sown ahead of spring cropping to reduce the risk of winter soil erosion and leaching, also providing valuable organic matter and nutrients. Subsoiling is no longer routine at Overbury; Jake believes cover crops can potentially provide the same or better effect in the long run. 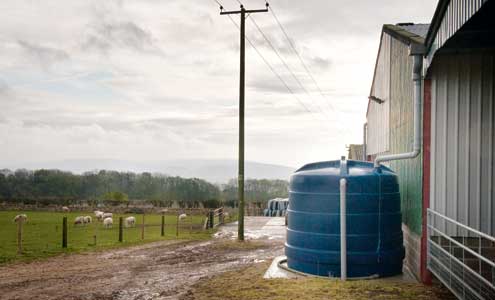 “Subsoiling costs around £56/ha and cover crop seeding £100/ha, but the crop roots are effectively doing the subsoiling for you and you’re also getting organic matter and nutrient build-up at the same time, so I’m sure there will be an economic benefit too,” he says.

This season he also plans to try a fast-growing Westerwolds ryegrass mix on 35ha to boost forage supplies for sheep and help build up organic matter. “It’s something we’ve considered due to the lack of grass growth on traditional grazing so far this year, but there might be quite a strong case for regularly having a 12-month grass ley in the rotation instead of something like winter beans, which are notoriously variable in their gross margin.”

Cover crops on heavy land can have an added advantage of “sucking” water out of the soil, potentially allowing for more timely spring cultivations, he says.

While confident the time and effort invested in improving soil organic matter is paying off, the process requires patience. Rotational soil sampling is carried out annually and the farm has just started GPS logging of organic matter readings along with soil nitrogen contents to get a better idea of how levels are changing. Latest tests show sand and gravel land has the lowest organic matter content at around 1.5%, while Cotswold brash is 2.5% and clay land nearer 4%.

Although Jake believes strongly in a mixed rotation, he acknowledges that potatoes and onions grown on rented land are a challenge to his soil management strategy. Around 10% of the arable area (100ha) is rented out for potatoes, onions and peas, much of which is irrigated using the estate’s water supply.

“It’s great to have the regular rental income and a mix of cropping in the rotation, but the challenge for us is how that land is managed when methods like direct drilling aren’t an option and there’s often a lot of travelling on the land through the season and harvest.”

Overbury Farms invests around £10,000 a year on remedial works to field drainage, almost all of this on sand and gravel land. “We try to do some work each year. In addition, we’ve been around and marked all the headwalls and regularly check outflows to make sure they are running properly.”

Roots from grass and wildlife margins can block field drains, so these areas need monitoring.

Most of the farm’s ditches drain into a single brook running across the southern edge of the farm and Jake has started testing its quality with a simple nitrate and phosphate kit.

Water samples are taken both where the brook flows on to and off the farm to monitor potential field losses. “What falls on the farm has to go off in as clean a state as we can get it.”

Two years ago a silt trap was dug along the course of one of the ditches and a reed bed planted as a natural barrier for sediment losses. This complements the existing network of 6m buffer strips alongside watercourses, minimising run-off entering ditches and helping comply with LERAP legislation.

It sets out six areas to focus on:

Farmers are also asked to record and map water use to see how this changes over time and to monitor the impact of improvements. A booklet with water efficiency tips for farmers can be downloaded free at www.leafuk.org. You can also see a video of Jake explaining the measures employed at Overbury at http://www.leafuk.org/leaf/farmers/ssw.eb.