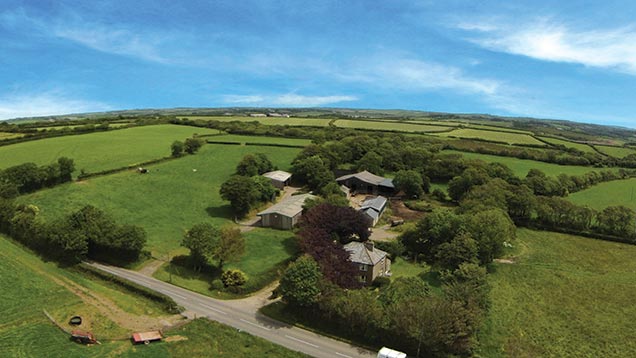 Several stock farms have come to the market across Gloucestershire, Devon and Cornwall after a surge of launches in the South West.

A 64-acre North Cornwall organic farm is for sale at a guide price of £850,000. Let to a beef producer, Tremavic, near Newquay, is all down to grass, but more than half of the sloping land is ploughable.

The sellers invested in a large new shed, while two older constructions are also used for agriculture.

Its modern farmhouse was built six years ago with a strong focus on renewable energy. (Humberts 01823 331 234)

Rhude Farm, near Bude, offers a further opportunity to buy a stock farm in north Cornwall. The 104-acre former dairy operation has been converted into a beef suckler enterprise by the retiring sellers.

The farm’s permanent pasture is in a ring-fence around the steading, which hosts a number of cattle sheds, a silage clamp and some storage. It has a guide price of £1.1m as a whole, or in two lots. (Kivells 01409 259 547)

A small Gloucestershire farm with about 50 acres of undulating grazing and mowing ground is for sale near Horsley.

The farm’s timber- and iron-framed sheds are in need of investment to restore them to agricultural use and no BPS entitlements are included.

A mixed arable and grassland farm near Dawlish in Devon is for sale at a guide price of £1.8m.

Rixdale Farm has about 203 acres and a range of modern farm buildings across two yards. A number of traditional and redundant constructions from the farm’s former dairy business have potential for agricultural use.