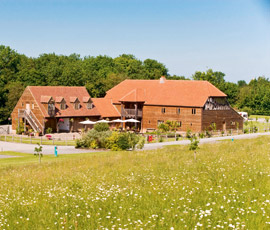 Last year a downturn was partly attributed to tougher price negotiations in a more uncertain market, which effectively saw values falling by the equivalent of the 5% stamp duty tax on property valued between £1m and £2m.


The twice-yearly report compares the value of a notional property lying within a five-mile radius of one of the 26 Carter Jonas offices in the UK. This hypothetical house has five bedrooms, stables, some outbuildings and about five acres of land. In the six months to the end of September, its value rose fractionally, by an average 0.5%.


This increase illustrates improving market conditions, says the firm’s head of research Catherine Penman, although the growth from properties approaching stamp duty thresholds continues to be hindered by the tiered structure of the tax (see table).

One-third of all Carter Jonas offices reported increases, with only the Northern region (York) recording a further fall (-1.1%), although it is perceived to have reached the bottom of a cycle, compared with higher values in the South West (+3.9%), and smaller increases in central and southern regions.


Encouragingly, the fall in the average value of an eastern region farmhouse seen earlier this year has been replaced by a 2.4% increase. The Cambridge office reports greater buyer interest partly due to the relocation to Cambridge of a number of large companies, including AstraZeneca.


Stock levels have improved but remain low. The firm sees improving economic sentiment and job security as likely to encourage interest next year from young families who had been uneasy about selling in the fast-rising London market.


Realistic pricing remains a key factor – a view with which Will Handel at Greenslade Taylor Hunt in Honiton, Devon, agrees. “It’s a good market, but price sensitive,” he said. “New buyers are coming from London, but not in the volumes we had, and I don’t think prices are rising – more flatlining.”


GTH marketed one house at a “vendor’s price” of £875,000, for example, without success, but it sold quickly at a more “realistic” guide of £825,000. Other larger properties are having to be pitched at a level at which they will sell in lots.


“Our biggest problem this year, though, has been a lack of property,” said Mr Handel.