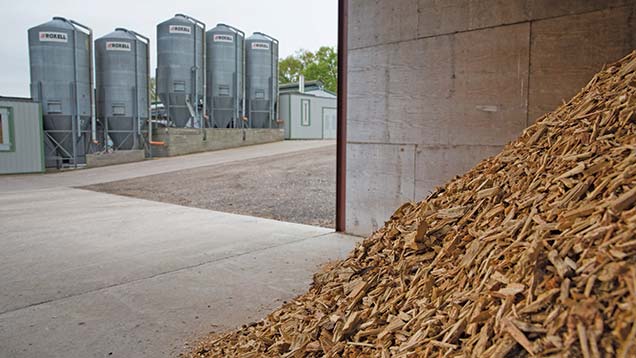 Soaring popularity of biomass installations has resulted in large cuts to some commercial and domestic Renewable Heat Incentive (RHI) payments.

RHI tariffs for small commercial biomass (less than 200kWth) were cut 15% in April and will fall another 25% this summer after exceeding the Department of Energy and Climate Change (DECC) forecast spending trigger. For installations with an accreditation date on or after 1 July, the Tier 1 payment for the first tranche of energy generated will be 4.40p/kWth and the Tier 2 payment 1.17p/kWth.

Official figures also show biomass installations account for more than 80% (£17.76m) of the £21m allocated under the domestic RHI in the year to 30 January, with solar thermal, ground and air-source heat pumps making up the rest.

The popularity of biomass triggered a similar 20% tariff cut in April, which has been followed by another 20% cut after the so-called super trigger threshold was passed. The domestic biomass RHI tariff will fall to 7.14p/kWh for applications after 1 July.

The DECC says there will also be a 5% reduction to the commercial biomethane for injection tariff from 1 July.