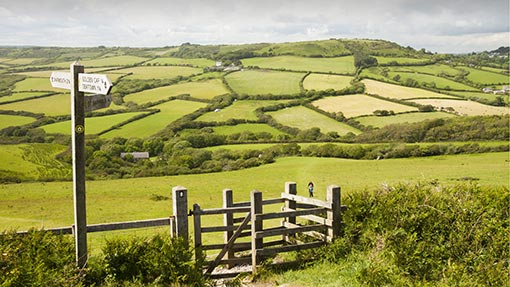 Land prices in the South West have strengthened by more than expected this year, with farmers the strongest buyers.

Location is more relevant to value than the quality of land in many cases, driven by those looking to expand their holdings, said Will Handel of Greenslade Taylor Hunt.

He puts commercial farmland in the region at £7,000-12,000/acre, with all qualities seeing strong interest.

In a reversal of the traditional market, farming businesses and investors are in some cases paying a premium to secure larger parcels.

“The recent sale of 46 acres of pasture by auction achieved a price in excess of £12,000/acre. The fact the land was in a ring fence gave both security and versatility to the farmer and attracted interest from locals together with those from outside the immediate area,” said Mr Handel.

There were seven bidders for this land and had it been a smaller parcel, many of those bidders would not have been interested, he said.

He has just launched Manor Farm, Wraxall, near Dorchester, a traditional arable and livestock farm of 422 acres and with a guide price of £3.75m. This is attracting equal interest from both the farming and lifestyle sectors.

There is the demand to cope with many more larger commercial farms coming to the market , said David Kivell of DR Kivell & Partners. However the volume of land and number of farms for sale in the region is about what would he had expected.

Farmers make up the vast majority of buyers, whether scaling up or down, said Mr Kivell. The proceeds from development land sales in the area is also providing funds to buy more farmland.

He has Higher Netton Farm at a guide price of £895,000 under offer to a local farmer who is relocating, while Trew Farm at Higher Clovelly near Bideford has gone to a neighbour who is building a new dairy. A third farm, Kennacott, near Launceston, is a traditional stock farm just launching with a guide price of £2m for 135 acres, a six-bedroom house and three cottages.

“I’m surprised that there are not more residential buyers about given what’s going on in the London market – people can sell a terraced house there and buy a residential farm with 80-100 acres,” said Mr Kivell.