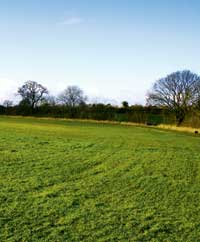 Investors and expanding farmers will continue to vie for good-quality land in 2011 and, while demand will be strong, it will be earning capacity that dictates prices, says Savills. Like many others, the firm has record numbers of people looking for land, with large farms particularly in demand.

Strong commodity prices and an improved prime country house market will help to maintain values this year, but growth may soften in 2012 as the outcome of CAP reform becomes clearer, warns the firm in its Agricultural Land Market Survey 2011.

Average land values in Great Britain are forecast by the survey to rise by 9.7% this year, with weaker growth of about 5% in areas dominated by grassland farms with no real residential or amenity appeal or where small blocks of land are not in prime locations.

However, good-quality, mainly arable farms and top-quality estates may rise in price by about 15%. While a significant increase in interest rates could dampen the current run of price rises, only one in four purchasers is using loans as the primary source of funding. An additional threat to current growth rates would be any significant adverse changes to land taxation.

Last year 158,000 acres of farmland was publicly marketed across Great Britain, 11% more than in 2009, with the English area static for two years.

Supply was most limited down the eastern side and fell furthest in the south east where it was down by 35%, to 12,400 acres.

Anecdotal evidence suggests there has been significant activity “off market” for both large commercial farms and estates during 2010, says the report. This was driven mainly by vendors’ requirements for privacy, especially in the case of top-end estates, said the firm’s Alex Lawson.

Prime arable land at £6600/acre in eastern England reflected the strength of the commercial arable market, but the greatest regional growth was in the north of England, where the average value for grade 3 arable land rose by 23.5% to £4900/acre.

“In the UK over the past 30 years investment performance of farmland has been similar to many other assets, the main exception being residential property and equities,” said Savills’ head of rural research Ian Bailey.

“However, in the past 15 years let and in-hand land has outperformed all assets except residential property so that farming and forestry have topped the investment performance league in the UK.”

Primary reasons for selling included wanting to invest capital elsewhere (33%), while debt as the primary reason accounted for 7.5% of sales in 2010.