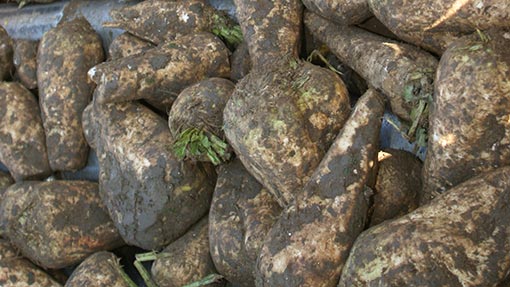 Demand for sugar beet quota to lease in is high, with 2015 quota worth £4/t and volume on offer relatively low, says agent Duncan Clark of DCFM.

Mr Clark has handled quota for varying tonnages of several lessors who will not be growing any beet next year, choosing instead to let out their beet land on a short-term agreement to be used for maize grown for anaerobic digesters.

The £4/t lease rate compared favourably with the risk of getting less than £5/t, which is the payment expected for over-quota beet production from British Sugar (BS) for the 2015 crop, he said.

The demand for leased quota was significant this year, said Mr Clark, after two years in which he had done no beet lease deals.

This year’s beet crop is worth £31.67/t but the price drops next year to just £24/t for producing 91% of a growers’ regular tonnage. Global oversupply of sugar is behind the price cut.

A call from BS asking growers to take a beet holiday on some tonnage in 2015 resulted in an 11% uptake, with the company subsequently imposing a 9% cut across all growers.

Beet quota leases can be arranged up to 31 October.

Seed orders could be cancelled or taken on by those leasing in quota, said Mr Clark.