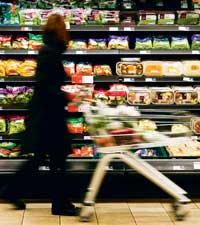 The long-promised supermarket ombudsman will be known as “the adjudicator” and a draft Bill will provide the necessary legislation by the summer 2012, according to farm minister Jim Paice

Mr Paice told NFU Scotland’s annual meeting in St Andrews that the adjudicator would not only be dealing with complaints about breaches of the code, but would also be able to investigate complaints from third parties about supermarket behaviour if it shifted unacceptable risk to the supplier.

The minister said the move was just one of several steps designed to help the industry adapt to a changing world and actively shape the future.

He said: “To label something as British just because it had something minor done to it here when it primarily came from somewhere else is deceitful and must stop.

“So we have seen our food industry, supermarkets, manufacturers and even the hospitality industry sign up to a tough code for most livestock products.

“In Europe, negotiations on the food information regulations are in progress and will result in mandatory country-of-origin labelling for meat and certain meat products.”

Mandatory government buying standards will also be introduced next month, requiring central government to only buy food produced to UK assurance standards, providing it can be done for no extra costs.

“If we lay down standards of how our farmers must produce food, it is plain wrong to then use taxpayers money to buy food that has not been produced to those standards,” he said. “We now have a list of case studies where schools and hospitals have done deals for local food and saved money as well.”