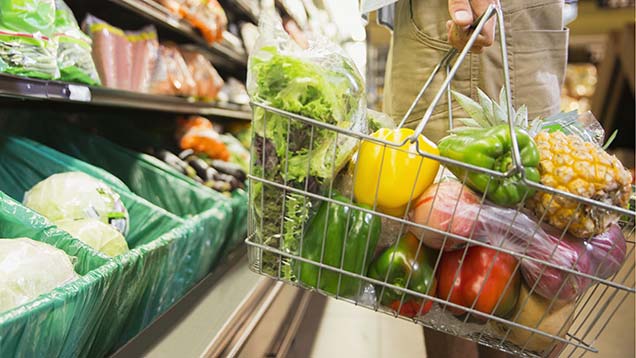 The supermarket price war is being blamed for doubling the number of food and drink manufacturing companies in “significant” financial distress, raising fears for farmers in the supply chain.

A study by business recovery specialists Begbies Traynor has revealed that food and drinks manufacturers saw a 92% increase in the number of companies facing significant financial distress in the fourth quarter of 2014 – up to 1,410 businesses compared to 733 in Q4 of 2013.

Julie Palmer, partner at Begbies and Traynor, said she expected 100 of these companies to fall into administration before the end of this year “unless the supermarkets start[ed] treating their suppliers more fairly and [found] longer-term solutions to their cost-cutting exercise”.

An analysis of Companies House data by accountants Moore Stephens last year found that the number of food companies entering insolvency in 2014 increased 28% year on year – up from 114 in 2013 to 146.

Ms Palmer warned of the knock-on effect to farmers and growers:

“A perfect storm is brewing for SME food suppliers at the bottom of the food supply chain, with many suffering a double hit from larger suppliers demanding “loyalty” payments as well as vanishing margins as a result of the inevitable aggressive supermarket price war.

The food and drink manufacturing industry was the worst performing of all in the study, which covered a large range of sectors including construction, telecoms, financial services and general retailing.

Tom Lander, food chain adviser at the NFU, said: “Indirect suppliers to retailers and food service companies are not covered under the remit of the grocery code adjudicator.

“The NFU would like to see conversations taking place on how the Grocery Code can be extended further up the supply chain in order to deliver fairer and more equitable supply chains.

“We need to ensure more farmers are protected from unfair trading practices, which strip value out of the chain, affecting both producers and consumers.

“The implementation of the Groceries Code Adjudicator has had positive impacts for the relationships direct suppliers have with their retail customers. With this in mind, other parts of the supply chain should be afforded similar rules to ensure a fair playing field.”

Since the beginning of 2014 the big four retailers have cut millions of pounds off shelf prices in an effort to keep up with the rapid rise of the discounters and have promised more still.

The knock-on effect, say consultants, has seen enormous pressure piled on suppliers including farmers and growers as retailers have used different methods to reduce their costs.

Practices at Tesco came under scrutiny when an investigation into its accounts found the supermarket had been bringing forward “contributions” from suppliers (for items such as marketing costs), while also either delaying payments to suppliers or delaying the recognition of costs for servicing those contributions. Contributions are a way of asking suppliers to pay money towards things like marketing costs and shelf positioning.

Since then, consultants have warned that payment terms of up to 120 days could become the new norm.