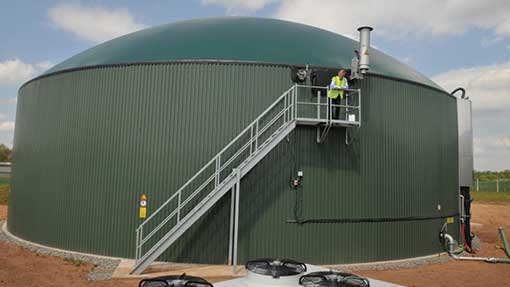 Several policy changes designed to boost the biogas and renewable heat sector have been announced by the government over the past week.

The most significant was confirmation from the Department of Energy & Climate Change (DECC) that medium and large biogas plants could now apply for support under the non-domestic Renewable Heat Incentive (RHI).

Anaerobic Digestion and Biogas Association (ADBA) chief executive Charlotte Morton welcomed the announcement but was disappointed that RHI support would not be available to existing plants that had been commissioned before last December.

Those producing heat from smaller AD plants completed after July 2009 have been eligible for RHI support since April 2013 at 7.5p/kWh.

In addition, it increased rates for some technologies already covered by the RHI, such as biomass, ground-source heat and solar, in a bid to increase uptake.

The largest beneficiary from this change was ground-source heating, which saw a near doubling of its tariff, said Edward Holloway, of Knight Frank’s Energy team. “I am confident we will see an upsurge of the uptake of these technologies in the near future.

Meanwhile, the government has published plans to change RHI support for injecting biomethane gas to the grid from anaerobic digestion or other renewable sources.

Biomethane gas to grid is currently eligible for the RHI under a single tariff (7.3p/kWh) but DECC proposes replacing this with a system that adjusts tariffs according to the scale of production. Two tariff options are proposed, banding and tiering, both of which are already used elsewhere in the RHI.

Banding would see different payment rates for defined bands of plant capacity, whereas tiering pays a higher (Tier 1) tariff for the first set amount of gas injected to grid and then a lower tariff (Tier 2) for the remainder delivered over a 12 month period.