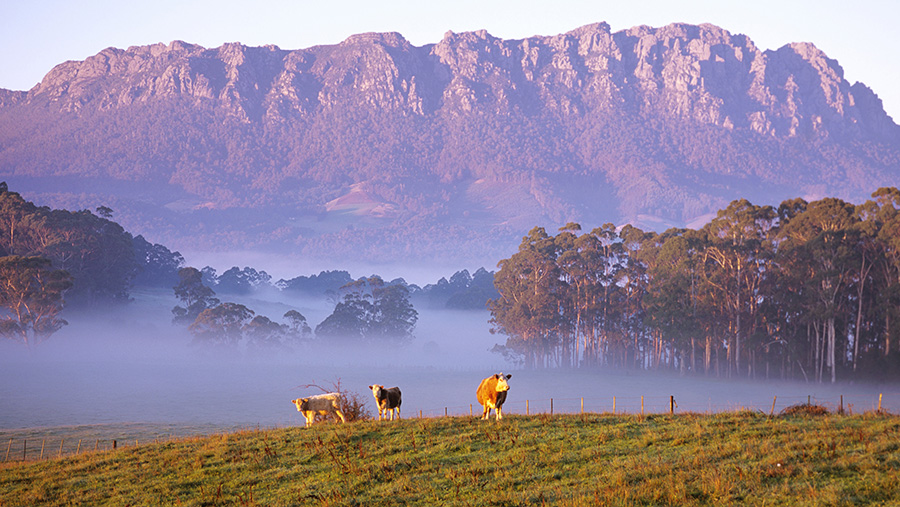 Tasmania wants more dairy farmers and is on a recruitment drive in the UK.

Milk production in the state has grown at an average rate close to 5% over the past 10 years, a 43% increase overall compared with a national decrease of 4% across Australia as a whole.

Tasmania is launching a new campaign to lure international farmers to consider its local industry as a viable and sustainable dairy investment Steve Jarman, DairyTas

It says there is scope for investment in current dairy farms, for new farm conversions and for additional processing capacity.

“Tasmania is launching a new campaign to lure international farmers to consider its local industry as a viable and sustainable dairy investment,” said Steve Jarman, manager of a DairyTas project called Into Dairy.

He plans to visit the UK from 11-17 May to speak with dairy farmers here about the opportunities in Tasmania, where dairy units cost roughly half their UK value. 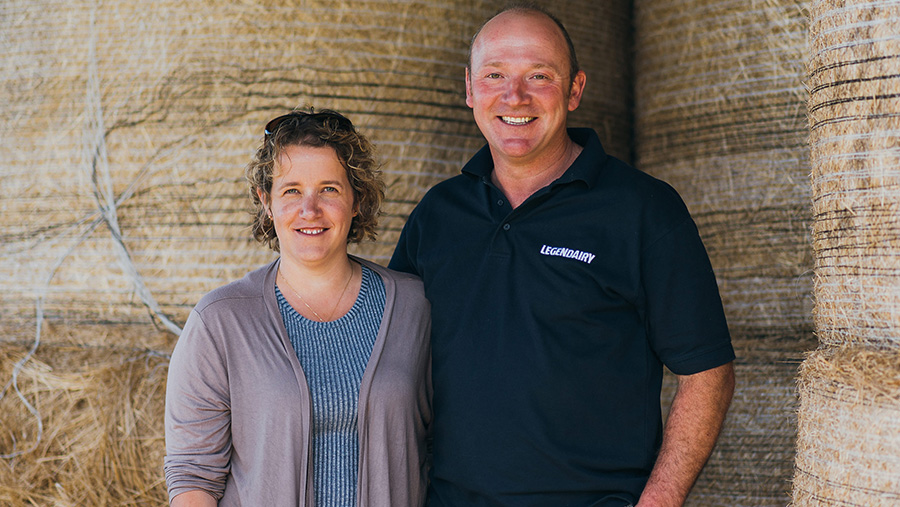 Peter and Jo Jones (pictured above) moved to Tasmania from the UK in 2012 and manage 780 cows for other owners.

However, since moving to Australia they have also managed to buy a farm which neighbours the managed holding.

Lower land prices, less red tape and being able to farm “more in the way we would like to,” were among the main attractions, said Peter.

The state’s main milk buyers are Murray Goulburn and Fonterra, with their prices driving those offered by regional processors fresh dairy products as well as cheese and other processed dairy products.

Other major companies operating in the region include Mondelez/Cadbury and Lion Dairy and Drinks.

Tasmania has a ryegrass dominant, pasture-based dairy sector, ranging from very low-input to high-input systems. Peak pasture growth is in spring while rainfall tends to be mainly in winter.

Calving is generally in spring but there is a move to also calve some cows in autumn, while cross-breeding is increasingly used in dairy herds here.

The most recent Dairy Australia annual survey showed dairy farmers in Tasmania are the mostly likely in the country to be positive about the future, however concerns over farmgate milk prices are becoming more widespread.

Almost all survey respondents made an operating profit last financial year but the proportion expecting to do so this year is lower.

The 2015-16 season has been challenging, with exceptional dry and warmer conditions, however many of Tasmania’s dairy holdings have irrigation and decent rainfall.

A snapshot check of land agency website harcourts.com.au revealed a large number of equipped dairy farms for sale in Tasmania at prices roughly half those of the UK.

For example, a ring-fenced 312-acre holding with good irrigation, a renovated four-bedroom house and 24 unit herringbone swing over parlour with auto feed system is on the market for £1.046m or £3,352/acre. It has 40 acres of bush land and 270 acres suitable for stock and arable.

At 386 acres, a farm in Tasmania’s highest producing dairying area with annual rainfall of 55in has an asking price of £1.855m (£4,805/acre), reflecting its location, larger size, equipment and two houses. There is borehole irrigation with a 175-acre centre pivot and the holding currently carries 385 cows milked through a 40-unit swing over unit.