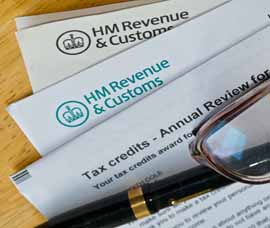 Farmers setting up new diversified activities could lose out most from the government’s plans to tighten rules on tax relief, an expert has warned.

From next April, income tax relief will be restricted to £50,000 or 25% of total income, whichever is greater. This is in addition to a cut in the annual investment allowance from April 2012 and an earlier £25,000 cap on “sideways” loss relief, where an individual spends less than an average of 10 hours a week personally engaged in activities of the trade.

While the measures were aimed at the very wealthy, individual landowners diversifying from core farming could lose out, as they often had early years of high costs and low income as new enterprises were started, said Landtax consultant Carlton Collister.

Also, where more trades were taken on, the 10-hours-a-week average restriction to losses applied to each trade – even though this may just be an expansion of an existing business – effectively penalising diversification, he said.

As an example, Mr Collister highlighted an individual with a farm income, rental income and a new partnership trade income, such as renewable energy.

“The losses on the farm and new partnership will be available for carry forward against income from the same trade. However, the deferral in tax relief for losses decreases the return on capital for new enterprises and may create an absolute cost if the new enterprise is not successful and ceases before the losses can be used.”

It may be possible to mitigate the effect of the new restriction in some circumstances by advance planning of the structure of new enterprises, borrowings and duties, Mr Collister said. “However, mitigation will not always be possible, so there may be a cost for some landowners seeking to diversify and broaden the rural economy.”