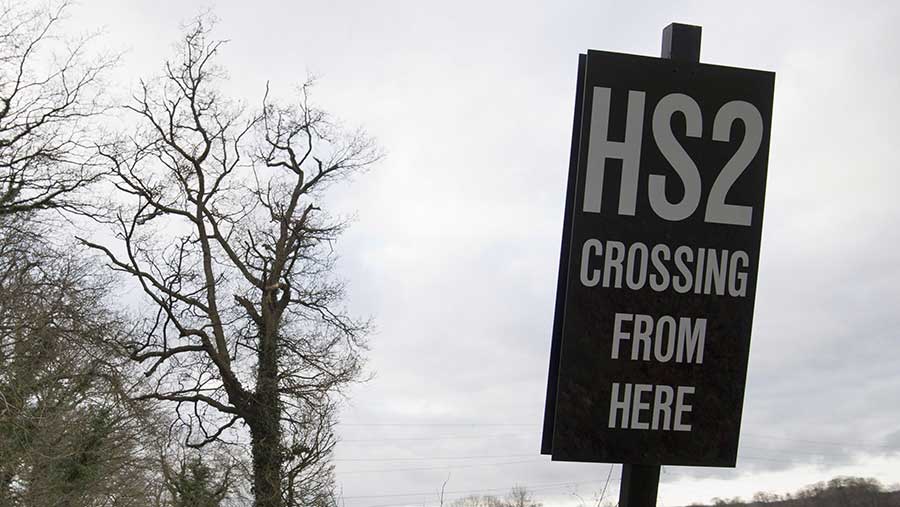 Farmers can apply to extend the time they have to reinvest capital from the sale of compulsory purchased assets, so they don’t have to pay capital gains tax (CGT).

The Central Association of Agricultural Valuers (CAAV) said HMRC has confirmed it has the discretion to increase the four-year limit for rollover relief in special cases by an additional five years.

Although HMRC clarified the situation in relation to compulsory purchasing of land for major infrastructure projects such as the high-speed rail link HS2, all farmers can apply in special circumstances, the CAAV said.

See also: Compulsory purchase – what are my rights as a farm tenant?

Normally landowners have a time window spanning 12 months before the sale of an asset to three years after the sale, in which they can reinvest the money into other eligible assets, such as land, to avoid paying CGT.

In cases of compulsory purchase, the timeframe relates to the date when compensation is agreed, often after the buyer has taken possession.

Therefore, HMRC can approve relief where reinvestment is within three years before the disposal, to six years afterwards.

“Landowners affected by compulsory purchase often find that it takes years for compensation to be agreed,” said Jeremy Moody, secretary and adviser to the CAAV.

“In addition, competition for farmland in the vicinity of large compulsory purchase schemes is strong, making it difficult to find suitable replacement land.”

“However, HMRC has the discretion to extend these limits, and experience suggests that it is commonly exercised helpfully.”

Extension applications cannot be refused outright, said Mr Moody, and must instead be referred upwards in the HMRC.

But it is unable to guarantee an extension in advance, he added, so farmers should ensure they can prove that they have been actively looking for new assets.

This would include making bids when suitable lots are offered, or being able to show there is a lack of suitable land on the market within the required time frame.