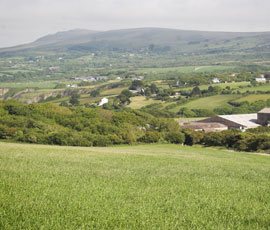 Prospective and current farm tenants are being warned to examine very carefully any clauses or proposed amendments which aim to deal with the impact of CAP reform in tenancy agreements.

The TFA is concerned that so-called “land banking”, whereby landlords take ground back in hand or take entitlements from tenants at the end of agreements, may be behind some of the changes.

In order to avoid this, the association is keen to see a stronger link between the required 2011 claimant status commonly referred to as the “golden ticket” and the right to claim entitlements under the new scheme in 2014, when in theory CAP reform will come into effect.

“We are beginning to see a wave of new clauses appearing in farm business tenancies, rent review memoranda and other documents, which are attempting to cover whatever might be agreed in the next reform of the Common Agricultural Policy,” said TFA adviser Katy Blagg.

“A lot of people think tenancy agreements are standard, but this is not the case, and once an agreement is signed, there is little we can do. Small changes can make a huge difference to the emphasis of a clause.”

Of particular concern were clauses requiring tenants to pass on sfp entitlements to landlords at the end of a tenancy. Where this was unavoidable, it should at least be open to negotiation that the transfer take place at market value.

The final detail of CAP reform could look very different to current proposals and the clauses being written often attempted to cover all eventualities, said Ms Blagg, who is concerned that tenants may be signing up to much more than they had anticipated.

“Many agreements drawn up just prior to the last CAP reform in 2003 and before the introduction of the Single Payment Scheme in 2005 contain clauses which, given the way in which the reforms were finalised, are either unenforceable or have a very different impact than that intended,” said Miss Blagg.

Have you come across unusual or ambiguous tenancy terms on CAP reform, entitlements or the right to claim? Have your say on our forums