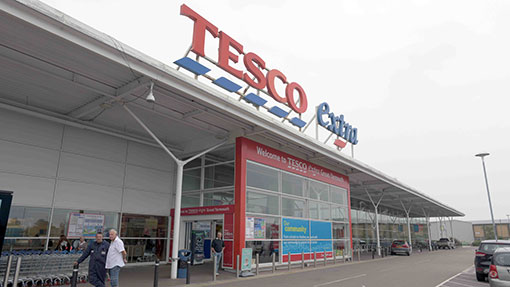 Tesco has confirmed its accounting practices are under criminal investigation by the Serious Fraud Office (SFO).

This follows an investigation by Deloitte, and called by the retailer’s new boss, Dave Lewis, which revealed last week that the retailer had overestimated its 2014 half-year profits by £263m.

An investigation into Tesco’s accounts by the Financial Conduct Authority (FSA) will be dropped as a result, with the FSA turning over its evidence to the SFO.

Tesco said it was “co-operating fully with the SFO and will continue to do so”.

The news comes as yet another blow for Britain’s biggest retailer, which in September made its third profit warning of the year, when it announced it had overestimated half-year profits by an estimated £250m.

Results from the subsequent investigation by Deloitte shocked investors last week when it revealed a 92% drop in the group’s half-year profits, from £1.39bn to £112m.

The retailer’s UK operations were particularly badly affected, with like-for-like sales down 4.6% to £23.6bn and UK trading profit (before property related items) down a hefty 56% to £499m.

In September, city analysts and food chain experts linked the profit overestimate to the retailer’s payment practices with its suppliers. It was thought Tesco had been bringing forward “contributions” from suppliers (for items such as marketing costs), while also either delaying payments to suppliers or delaying the recognition of costs for servicing those contributions.

Since then, city analysts have suggested that Tesco would ask suppliers to cut prices, as it sought to boost flagging sales, while others, have warned that suppliers would start to feel the pressure.

The Groceries Code adjudicator, Christine Tacon, who called for Tesco to examine its behaviour towards suppliers , is now examining Deloitte’s investigation before considering what action to take.

Your guide to the groceries code and adjudicator

Tesco must stick to farming pledges amid profit warning