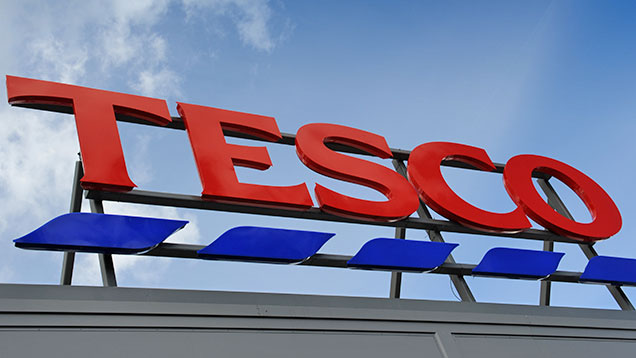 Tesco has shocked the city by posting record statutory losses before tax of £6.4bn in its preliminary results for 2014-15.

It is the biggest loss in the supermarket’s 96-year history and a further piece of bad news in what has been a disastrous year for Britain’s biggest retailer.

The majority of the loss is not a cash loss. About £4.7bn worth is attributed to the revaluing of assets downwards – mainly stores – as the retailer looks to dispose of costly and outdated superstores as shoppers move to smaller convenience shops.

Under direction from new chief executive Dave Lewis, 43 unprofitable stores have now been closed and the expansion of 49 other stores has been halted.

A further £570m of the losses is attributed to stock changes, £416m to restructuring and £208m to adjustment of commercial income for previous years.

The group’s UK business (which includes Tesco Bank) saw its trading profit fall 80% to £467m, which it attributed to an ongoining deterioration in like-for-like sales in what is a highly competitive market at the moment.

However, they started to improve in the second half of the year, driven by investment in customer offerings, such as shelf price cuts, said Tesco. Sales have been in decline since the beginning of 2012, but increased 1.5% in the fourth quarter of 2014-15.

Dave Lewis, Tesco’s new chief executive, said he did not expect the pressure of the market to let up in the months ahead.

“When you add to this the fundamental changes we are making to our business and our offer, it is likely to lead to an increased level of volatility in short-term performance,” said Mr Lewis.

“It has been a very difficult year for Tesco. The results we have published today reflect a deterioration in the market and, more significantly, an erosion of our competitiveness over recent years.

“We have faced this reality, sought to draw a line under the past and have begun to rebuild, and already we are beginning to see early encouraging signs from what we’ve done so far.”

Shoppers have continued to move their allegiances to the discounters, particularly Aldi over the past 18 months, putting added pressure on Tesco and the other big supermarkets.

A bad year for Tesco and its suppliers

This is essentially the fifth profit warning this year for Tesco.

But perhaps its most embarrassing and worrying occasion was the revelations in September 2014 that it had overestimated its half-year profits by more than £250m (later revised to £263m).

This prompted an internal investigation, suspension of senior management and an investigation by the Serious Fraud Office, which is still ongoing.

It emerged that income from suppliers in the form of “contributions” (for items like shelf positioning and marketing) were being recognised in the accounts earlier than they should have. Some have suggested this meant Tesco asked suppliers for contributions early, for example, for goods that were yet to be paid for or services yet to be delivered.

At the same time, the recognition of costs was being delayed into the next financial period. Whether this was due to the retailer delaying the costs of performing the services which suppliers had paid for (e.g. marketing) or whether it was delaying paying its suppliers is unclear. The overall outcome though was a cumulative overstatement of its reported profits.

The revelations prompted the groceries code adjudicator to launch its first investigation – but without the power to fine the supermarket if its was found to be breaking the law in its dealings with suppliers.

Darren Shirley, analyst at Shore Capital, said: “To say that Tesco had a nightmare year in 2014-15 would be an understatement, an outturn that would simply have been unfathomable in days gone by.”