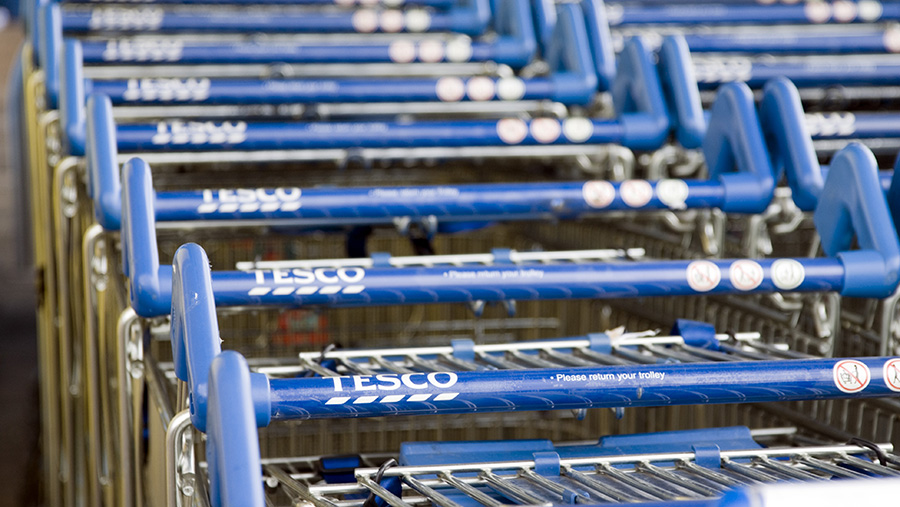 Tesco has promised to keep paying a cost-of-production price for milk used for its own-label cheese.

The retailer has announced it will extend its “winter supplement payment” for another six weeks.

The supplement, which means the retailer pays 29.58p/litre for milk used for own-label cheese supplied by First Milk, had been due to end on 28 February.

Tesco has promised, given the wintry weather and the challenges being faced by First Milk farmers, it will continue with the payment until 17 April 2016.

The news is likely to be met with relief by farmers given farmgate prices are now lower than they were when the supplement was first announced back in September 2015.

But he added: “Farmers’ problems are not magically going to go away in April and I do think that Tesco needs to be discussing a long-term arrangement on cheese.”

Commercial director for fresh foods and commodities Matt Simister said: “We recognise that it is a particularly challenging and uncertain time in the global dairy market, which is why over the past six months, we have provided additional financial support to help our First Milk farmers.

“With the effects of the winter still being felt across the country, we are delighted to announce we have extended the supplement.”

Mike Gallacher, chief executive of First Milk, said it was a welcome move by Tesco.

“Consumers clearly want their retailers to pay sustainable prices for British dairy products – in both cheese and milk – and Tesco, under Dave Lewis, have taken a leadership position.

“They deserve a great deal of credit for continuing to support British farmers who supply the milk that makes Tesco’s cheese.”

“They deserve a great deal of credit for continuing to support British farmers who supply the milk that makes Tesco’s cheese”
Mike Gallacher, First Milk

The news comes just weeks after Tesco was criticised for switching some of its liquid milk supply from Arla to Muller, with some industry commentators arguing it would put further pressure on farmers without a direct contract to supply the retailer.

The retailer has also announced it will move to 100% British milk for all Tesco own-label standard yoghurts from 1 March.

This will see Tesco increase the amount of British milk in its standard-range yoghurts from two-thirds and will help increase the demand for milk from farms across the whole country.