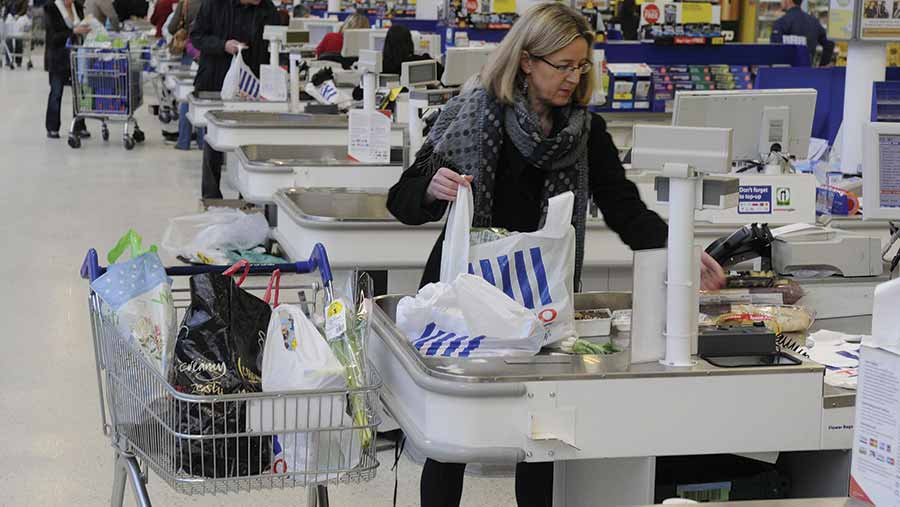 Tesco has become the first of the “Big Four” supermarkets to sign a pledge to back British fruit and veg growers and treat them fairly.

But the other major retailers – Sainsbury’s, Morrisons and Asda – have so far not signed the NFU’s Fruit and Veg Pledge, which was launched in 2013.

Under the pledge, Tesco, Aldi, Lidl and the Co-op have agreed to create long-term partnerships with their growers and offer them greater price and production certainty, while also reducing waste through making better use of the whole crop.

They have also pledged to plan promotional activity in advance to help manage supply and demand and contribute to investment in horticultural research and product innovation.

Importantly, at a time when Sainsbury’s and Marks & Spencer are under fire for mainly stocking imported squash and apples at peak UK season, they have also committed to increasing the proportion of British fruit and vegetables available in-season.

“By offering this vital certainty and commitment, Tesco’s suppliers of fruit and veg will be in a stronger position to invest in their business, plan for the future, boost productivity and compete in a global marketplace,” said NFU President Meurig Raymond.

“With surveys showing that 90% of the public think farming is important to the UK economy, it is timely for Tesco to publicly show their support for British farmers.”

The move underlines the cultural shift at Tesco since it was investigated in 2016 by the Groceries Code Adjudicator (GCA) for bad practices.

This year’s YouGov survey commissioned by the GCA showed that 54% of suppliers surveyed thought Tesco’s practices had improved, with 42% of suppliers saying they were treated “consistently well” – more than any other retailer bar Aldi.

“We’re proud to celebrate our partnerships with British farmers and growers by signing the NFU’s Fruit & Veg Pledge, which highlights both our commitment to British agriculture and healthy products.”

“British farmers and growers produce fantastic quality food and we believe if we invest in them for the long-term, our customers will enjoy better quality, affordable food today and tomorrow.”

Farmers Weekly contacted Sainsbury’s, Asda and Morrisons for a comment about when they would be signing the Fruit and Veg pledge, but none had responded at the time of publication.