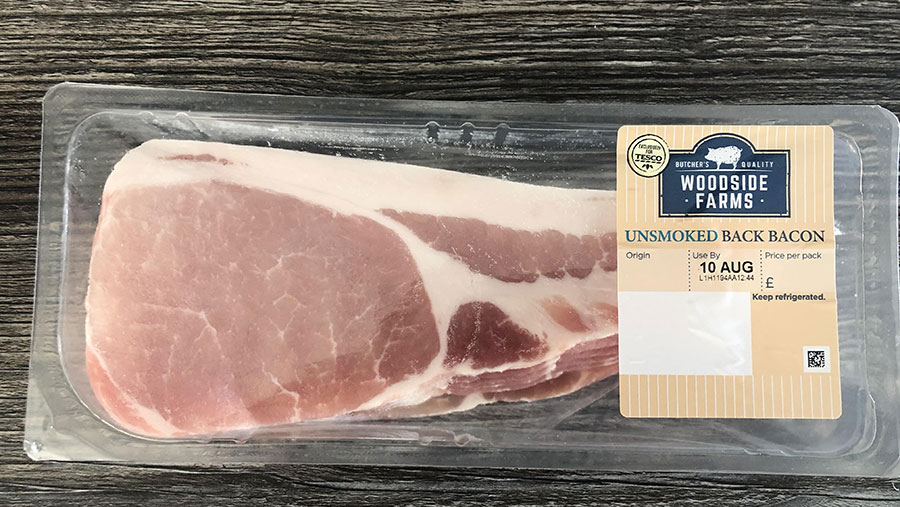 Tesco has been blasted for burying the country-of-origin labelling of its unsmoked bacon in the ingredients list stuck to the back of the packet.

Frustrated farmers and consumers sent an avalanche of responses to pictures of the packaging posted on Twitter by Farmers Weekly Farmlife editor Oli Hill (@oliverjhill_).

They asked how shoppers were supposed to make informed decisions when the important information was hidden away, while the front of the packaging is left blank. 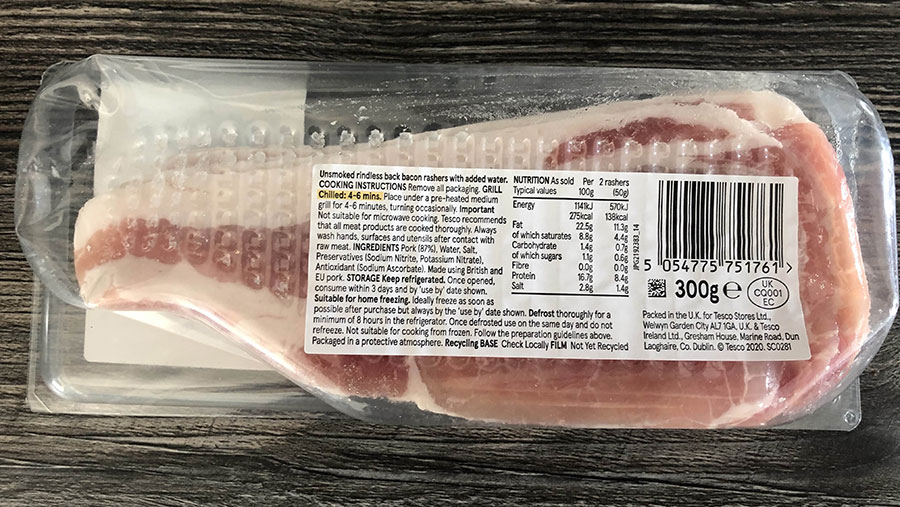 Morning @Tesco. Would be good to know where my bacon is from (assuming it isn’t the UK). I thought you had to state country of origin on food packaging to help consumers make an informed choice 🤷🏻‍♂️ pic.twitter.com/WPSuO1vm6k

Farmers Weekly understands, however, that there is not a mix of origin in a pack of bacon – and Tesco has asked suppliers to put the country of origin on the front of packaging for future orders.

The supermarket giant’s customer service team said “new enforced regulation in the UK” required the statement of origin to be listed among the ingredients, which in this case was on the 10th line on the underside label.

The new legislation, which came into force in April this year, states that if a claim is made about the origin of a food product then the origin of all the primary ingredients contained in the product must be declared, if they come from a different country or place.

Tesco has since clarified that the product does not carry a claim about its origin, but have voluntarily provided this information for customers on the back of the label.

Labelling ‘must be clear’

Natalie Noble was among those to respond to the Twitter post, and said Tesco needed to do more to inform consumers.

“For people to make an informed choice, the information has to be clear. Shoehorned into a jumble of text makes it as clear as muck. Tesco needs to go further than the basic requirement on food labelling. Have a separate box stating country of origin, slaughter and packing.”

Responding further to Farmers Weekly, Ms Noble said “clear labelling is essential in bridging the gap between getting the consumer on board with #BackBritishFarming, and the act of buying British.”