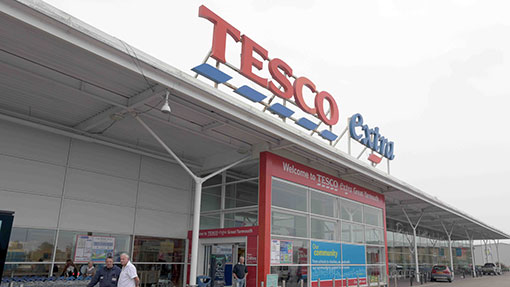 Tesco’s £250m profit deficit may be linked to its payment practices with suppliers, say city analysts.

This was the third profit warning this year and resulted in Tesco’s new chief executive Dave Lewis suspending a number of senior management and launching an investigation.

Tesco said its profit downgrade was “principally due to the accelerated recognition of commercial income and delayed accrual of costs”, but declined to comment further.

City analysts and experts claimed that this could mean the retailer had delayed payments to suppliers (or the recognition of these costs) and made early requests for financial “contributions”.

Clive Black, director at Shore Capital Stockbrokers, said: “The company may have been asking suppliers for contributions – either these have not been forthcoming or set against targets that have not been met, so there is a shortfall.”

These “contributions” could include asking suppliers to pay for promotions and shelf positioning, or to pay towards balancing the retailer’s books ahead of profit announcements.

These practices were common among retailers, said Mr Black, but were normally set against hitting targets.

“I sense with Tesco it’s a matter of bad timing,” he added. “Poor budgeting or book-keeping, rather than anything more sinister. But we will have to wait and see what comes out in the wash.”

The issue with practices was first raised last year when Mike Dennis of Cantor Fitzgerald warned of a £100m profit downgrade for the retailer.

He argued that Tesco was deducting money from suppliers’ trading accounts or delaying payments to boost quarterly earnings.

City analysts have for a number of years questioned how Tesco could consistently report steady profits while sales continued to fall and investment increased.

While it was impossible to know what practices had been employed at this stage, Mr Swift said asking suppliers for payments towards upcoming sales was allowed under the Groceries Supply Code of Practice, but retrospectively asking for payments on past sales and promotions was not.

With falling sales and a tough grocery market, it was likely that suppliers were being squeezed to reduce costs, said Mr Swift.

“The supplier base has continued to see an increase for supplier contributions across the board, not just Tesco,” he said.

This had not yet properly filtered down to most farmer-suppliers, although pressure felt by processors was likely to move down the chain soon, he added.

Tesco will now be put under external scrutiny by Deloitte, which it has hired to investigate the matter.

“I would like to see full transparency on what caused the problems and what will be done about it, but I anticipate an ambiguous statement,” said Mr Swift.

The statement was likely to emphasise changes in accounting practice rather than in trading practices and would be designed to contain the problem, he added.

Tesco said work to establish the extent of the problem was ongoing and that decisive action would be taken when the results of the investigation were clear.

Results are expected on 23 October.