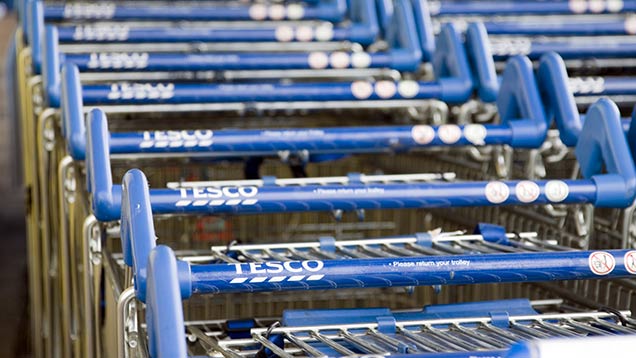 Tesco’s announcement today that it will “reshape” its relationship with suppliers, could be a “game changer”, says a leading food chain expert.

The supermarket’s boss, Dave Lewis, said he would “unwind” the way Tesco made its commercial income and refocus on front margins.

This indicated that the retailer would look to make its money on volumes sold rather than through clawing money back from its suppliers through penalties and contributions, said Duncan Swift, head of the food advisory group at Moore Stephens.

The number of lines would also be simplified, management positions reduced and the supermarket would invest in price reductions in 1,000 lines, said Mr Lewis.

The changes point to a simplification of the Tesco supply chain, with greater focus on initial price negotiation and a move away from buying tactics that have caused so many cashflow problems for suppliers.

If Tesco delivered on these plans, it could be a “game changer” for suppliers, said Mr Swift.

“Suppliers would have much more certainty in their business dealings – but we don’t know if or when this would come about.”

Having certainty that the price agreed would be paid on time and without reductions, would be hugely positive for suppliers.

If Tesco does this, “it will be substantially different to the rest of the supermarket field”, said Mr Swift, and would help to rebuild trust with suppliers.

With much better terms, suppliers could be encouraged to prioritise Tesco as a customer, said Mr Swift. Other supermarkets could even follow suit, he suggested.

Mr Lewis plans to focus the retailer by reducing operational overheads and delivering a simpler, better offering to customers. Tesco’s Cheshunt headquarters will be relocated and 43 loss-making stores closed.

Tesco announced an improvement in UK like-for-like sales (LFLS), which were down 0.3% in the six-week Christmas period to 3 January – a marked improvement on the -4.2% LFLS in Q3 and the -5.4% LFLS in Q2.

This was a welcome development after a disastrous 2014 in which sales slumped severely and half-year profits were overestimated by £260m, leading to a Serious Fraud Office investigation.