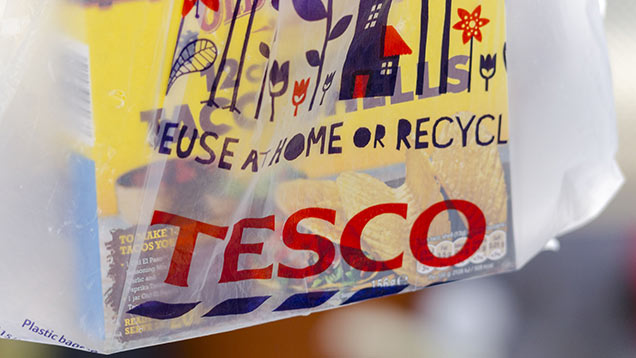 Tesco has promised to pay its premium cost-of-production milk price to all farmers supplying milk for cheese over the winter.

Britain’s biggest supermarket has pledged to pay 29.93p/litre for milk going into its cheese lines outside its direct supply group from 31 August 2015 to 28 February 2016.

Processors First Milk and South Caenarfon will commit to pass the extra money back to the farmers.

The new agreement, secured after meetings with the NFU and Farmers For Action, will see that price temporarily rolled out for Tesco’s standard mild and medium cheddar, value, standard Red Leicester and Double Gloucester.

“We can understand how difficult the current market conditions are for farmers, and as we head into the winter period, we have decided to extend its pioneering ways of working to other farmers who supply milk for cheese on a number of our most popular lines,” he said.

Tesco revealed to the change to NFU and FFA representatives at a meeting on Wednesday (2 September).

The supermarket also promised to make sure own-label cheese only carried one country of origin, instead of several.

This was a follow-up to a meeting a fortnight before, at which Tesco committed to using only British milk in its own-label yoghurt from March 2016.

On cheese, the NFU and FFA initially asked for a 28p/litre minimum milk price – so the higher commitment goes beyond their request.

NFU dairy board vice-chairman Michael Oakes said Tesco had stepped up, which should put pressure on other retailers.

“It is the best bit of news the dairy industry has had for quite a while,” he said.